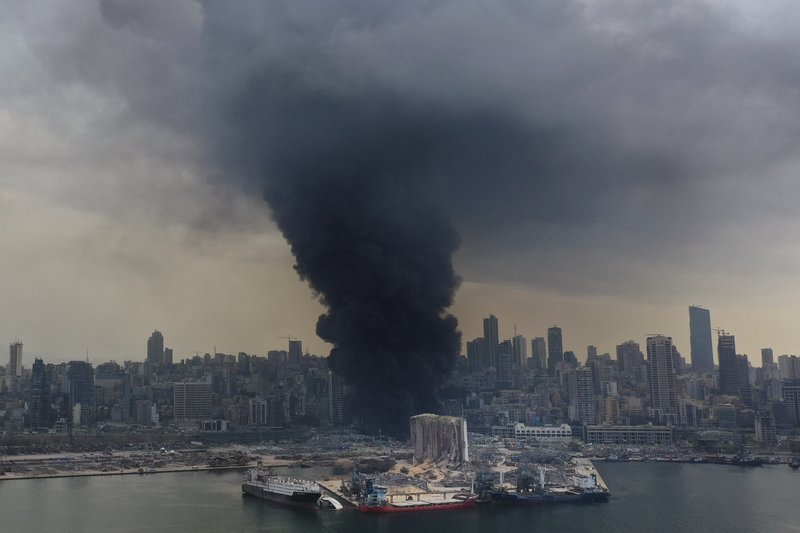 BEIRUT (AP) — A fire broke out Tuesday in a downtown Beirut building near the city’s port where an explosion last month killed nearly 200, wounded thousands and left the city’s residents traumatized.

It was not immediately clear what caused the fire in the building that was the work of late Iraq-born British architect Zaha Hadid. The building was still under construction and sits on the main road that passes by the port.

A Civil Defense official said they extinguished the fire, adding that an investigation will be opened. There were no immediate reports of injuries.

It was the third fire in the area within a week following two recent fires at the port of Beirut, including a huge one on Thursday that raised panic among residents. Another blaze earlier last week was extinguished quickly. The causes of those fires are unclear.

Beirut’s residents are still shaken by the fire that led to a massive blast on Aug. 4, killing nearly 200, injuring 6,500 and causing damage worth billions of dollars. The explosion of nearly 3,000 tons of ammonium nitrate stored at the port for six years also left a quarter of a million people homeless.

The cause of the explosion and the fire that led to it are still under investigation. The blast led to the government’s resignation six days later.

Lebanon is gripped by an unprecedented economic crisis and financial collapse, blamed on decades of mismanagement and corruption by an entrenched political class.

Last month’s blast is seen as the culmination of leaders unable to manage the country’s affairs or protect its people. So far, authorities have been unable to provide answers about the explosion, and there has been no accountability for it.

Photo: Black smoke rises from a fire at warehouses at the seaport of Beirut, Lebanon, Thursday, Sept. 10. 2020. A huge fire broke out Thursday at the Port of Beirut, triggering panic among residents traumatized by last month’s massive explosion that killed and injured thousands of people. (AP Photo/Hussein Malla)

Huge fire breaks out at Beirut port a month after explosion

For Lebanese, recovery too heavy to bear a month after blast