For those planning to catch up on sleep on their summer vacation it probably won't be possible to repay your sleep debt in just a week or two, says a sleep expert from the University of Eastern Finland, but it could be a good time to implement new and improved sleeping habits.

Professor Henri Tuomilehto, a sleep specialist at Oivauni Sleep Clinic, works mainly with patients who are sleep deprived due to the stress and hours at work, and is also a specialist in the sleep of professional athletes, working with Finnish football and ice-hockey teams, the Finnish Olympic Committee, and the Finnish Ski Sport Foundation.
In his role he stresses to patients the importance of good sleep habits throughout the year, and points out that a vacation is not a quick fix for bad sleep.
"People tend to work very hard before the holidays, thinking that's when they'll have time to sleep. Sadly, it doesn't work that way. If you've slept poorly over a long period of time, your holidays will get spent on just recovering."

Being honest with yourself

However, it's not all bad news, with Tuomilehto suggesting that although a vacation won't repay the sleep debt, it is a good time to start implementing good sleep habits for when you return home, saying, "If you've neglected your sleep all year, you can't really expect things to suddenly change when you start your holidays. Having said that, there's no need to get anxious. There's always the next year's holidays, and now is a good time to look in the mirror and think about possible changes."
His advice for improving sleep habits is to first of all, recognize that you are probably not sleeping as well as you think you are, saying, "Generally speaking, people sleep less than they think they do. Sleeping time is often sacrificed to evening-time household chores, TV watching and, most importantly, using our smart devices in the bed. You think you go to sleep at a given time, but in reality, you are still browsing the internet one hour later."
But how can you tell if you are one of these people? Tuomilehto advises, "A person who sleeps well is energetic. If you feel like you could be more energetic, it's a good idea to try sleeping one hour longer for a couple of weeks — that's enough to tell if there's a difference."
If you have tried sleeping longer, by staying away from your phone and other electronic devices before bedtime, reducing the amount of time watching TV, and increasing your amount of relaxation time, but you are still not sleeping well, it could be you are suffering from a sleep disorder, like one in five people in Finland, and this is worth seeking professional advice for.
"It's normal for people to react to something important or exciting that's coming up. One night's bad sleep isn't important. It's the big picture that counts," says Tuomilehto, "Sleep is something that shouldn't be sacrificed."
Tags
electronics sleep Sleep disorder summer vacation vacation 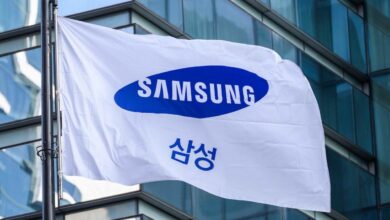 Poor sleep can make you prickly. Here’s what to do