The most critical culprit in the current draft constitution being finalized by the Constituent Assembly is the definition of citizenship — who is a citizen?

The draft constitution defines citizens as those whose identity is primarily Islamic, and, secondly, nationals of the country. In this conception of citizenship, the state aims to control and hegemonize citizens’ visions, stances and beliefs, working to entrench them and produce standardized citizens.

Women, in particular, are largely excluded from the constitution, while the basic concepts of creativity and rebellion, as well as revolt, are largely supressed.

Members of the Constituent Assembly are neither stupid, nor are they playing the fool. They are drawing on old ideas of the state as one that disciplines the nation in order for the people to reconcile with a supposed identity.

To them, this is the essence of patriotism and freedom. This understanding is essentially a legacy of Nasserism, adopted by the Muslim Brotherhood and radical nationalists.

The idea of stipulating a fixed predetermined identity for the state essentially aims at producing a suppressive state. And it is a self-contradictory idea that suggests that a certain identity — be it Islamic or Egyptian — in fact exists, yet is dealt with as an identity that has to be imposed and protected against “distortions” or “foreign influences.”

This idea eventually divides the nation into a group of “indigenous people” who are seen to carry the authentic identity of the state on the one hand, and outsiders and traitors on the other hand. The state, with its suppressive tools, is supposed to teach the people about their identity, which is also paradoxically supposed to be inherent in them.

That way, state suppression of freedom and pluralism becomes the essence of its own understanding of freedom — and herein lies the contradiction in this draft constitution. Therefore, the initial chapter on the identity of the state restricts freedom before even reaching the freedom chapter.

Let us now discuss some proposed articles of the constitution to better understand the problematic stipulations and their consequences in Egypt following the 25 January uprising.

Article 1: The Arab Republic of Egypt is a unified state with indivisible sovereignty. It has a democratic regime that depends on the principles of shura [consultation], pluralism and citizenship, and that regards all citizens as having equal rights and duties. The Egyptian people are a part of the Arab and Islamic nation and insist on their belonging to the Nile Basin, the African continent and their Asian corridors.

The principle of shura is an ambiguous concept, and to say that democracy depends on shura — which is a vague idea, even in Islamic jurisprudence — opens the door to restricting democracy. But given the Islamist composition of the Constituent Assembly, this ambiguity may have been intentional.

Article 5: Sovereignty is for the people alone and the people are the source of powers. The people exercise sovereignty and protect it, and preserve national unity in the manner determined in the constitution.

It is worth noting here that some members of the assembly have suggested that the article states that sovereignty is for God alone, who has bestowed it on the nation to exercise it, and that the people are the source of powers.

The variation on the article suggested by some members is reflective of the general spirit dominating the chapter on fundamental state components. This chapter suggests that the state enjoys authority over the Creator, and that it has, in the name of the people, surrendered sovereignty to Him, such that this sovereignty, which is exalted from a religious perspective, has a concrete geographical space throughout which the people can exercise sovereignty.

This is a giant step toward the creation of a religious state. In practice, who would have the authority in this religious state? Rumor has it that there is a tendency within the assembly to grant this authority to Al-Azhar.

But if in fact such a stipulation is passed, Islamists from the different currents will scramble to control this institution, since whoever controls it would be in control of society and the religious state. Additionally, by taking politics outside the context of the concrete and controllable — through bestowing sovereignty to God — we will be in fact laying the foundation for a fascist state.

The problem is not so much with this particular article as much as it is with the fact that it attempts to beautify other articles in the same chapter.

Article 9: The divine entity is sacrosanct, and so are the entities of the Messengers of God and his Prophets, the wives of the Prophet and the Righteous Caliphs.

The stipulation to protect prophets and messengers assumes that the state is a religious one, and more precisely Sunni — one that undermines the concept of citizenship and equality mentioned above. This article reveals a desire on the part of the assembly to undermine citizenship and freedom of expression, given that poetic and literary works often figuratively refer to these figures and the divine entity.

Article 12: The family constitutes the basis of society, and it finds its pillars in religion, ethics and patriotism. The state and society should preserve the religious and ethical identity of the family and the values determining its identity, and work on retaining its coherence and stability, and protecting it.

State hegemony over the identity of the family is a form of interference in private life that reaches the level of fascism, and opens the door to political conflict over the use of state tools to determine the crux of that identity and impose it. Family values and ethics are a relative and changeable concept, and so it is unimaginable to have a predetermined model for them, unless within the framework of a Nazi or fascist regime. For example, some Egyptian families allow that their daughters travel abroad to work or study, while others do not. And the majority of Egyptian families would not have allowed their daughters to travel alone a few decades ago.

Ethics and the concept of religion are changeable and historical. This article crystallizes why the idea of state identity itself is problematic.

Article 14: The state guarantees that women strike a balance between their duties toward the family and their work in society, and it also guarantees that women are treated as equal to men in the political, social, cultural and economic realms of life, all while upholding the rulings of Islamic Sharia.

While the stipulation that Islamic rulings become the main source of legislation was previously taken out from Article 2 of the constitution, its re-emergence here could threaten the principle of equality.

Certain fatwas allow the marriage of young girls, for instance, for many of them were issued in old times and decades. Will these fatwas still hold? Women should not become victims of these flaws.

Article 15: The state and society are committed to safeguarding ethics and protecting them, and entrenching authentic Egyptian traditions and the exalted religious discipline, patriotism, ethical values, the historical and civilizational legacy for the nation, general manners and Arab culture, and maintaining monuments and natural reserves within the limits of the law and public order. The state commits to following those principles and entrenching them.

The idea of having a predetermined, essentially Islamist identity for the state and its residents crystallizes in this article. Regardless of the type of identity, having the identity stated in the constitution from the outset indicates that the constitution is authoritative because it entrusts the state with determining proper ethics, traditions and legacy, and safeguarding them.

Yet this vision is illusory, since values and traditions mean different things in different parts of the country.

More alarmingly, however, this stipulation allows for the emergence of an ethical police force to monitor and control what is vaguely defined as ethics and norms. This empowers the emergence of “vigilante morality police” by radical groups such as the Committee for the Promotion of Virtue and Prevention of Vice, or regular citizens who would volunteer to terrorize their fellow citizens in accordance with official or unofficial understandings of proper ethics and norms.

In general, the above constitutional articles assume that the state is superior to the people, and should hence instill certain ethics in society, which are, in certain perceptions of this constitutional chapter, “derived from the divine.”
And finally, the state here is conceived as one that reflects the “will of a nation” and does not express the “will of its people.” This understanding treats the nation as an external body of people that surpasses civilizations and has roots in the past, and seeks to be present in the future. This is exactly the basis of fascism and Nazism.

Sherif Younis is a lecturer of Egyptian and European modern history at Helwan University, and a professional translator. (This article was originally published in Egypt Independent's weekly print edition and has been translated by Dina Zafer.) 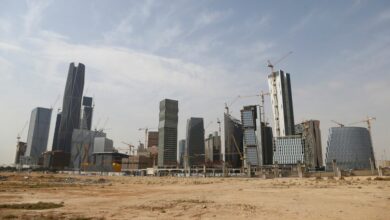