Facebook Twitter LinkedIn
Shades of Oscar-winning classic "Cinema Paradiso" run through the life of Antonio Feliciano, a sprightly 75-year-old who fears he may be the last of Portugal's traveling film projectionists.
"If I'm not the last one, I'm close," Feliciano said. "This is a legacy that is going to end. When I'm gone, traveling cinema will be mentioned in articles, but only as a memory."
After six decades traveling four million km (2.5 million miles) to screen 4,000 films in Portugal's far-flung villages, Feliciano does not plan to retire just yet. But he is resigned to the fact that the Internet, digital TV and distribution monopolies have made his craft obsolete.
Like Toto, the boy who befriends projectionist Alfredo in the 1988 Italian hit film, Feliciano also started as a youngster, in the 1950s, helping a traveling projectionist announce the weekend's bill on a loudspeaker in his village in rural Alentejo.
"The film bug", as he calls it, grew and by his teens he was out on the road, helping screen films in music halls and bullfighting rings. That led to a career which even the need to earn a living as a bookkeeper did not interrupt, combining weeks in a Lisbon office with weekend screenings.
About 200 km from Lisbon, hilltop Monforte is a typical Alentejo village – picturesque, but sleepy, its population reduced to 3,000 by economic woes and emigration.
On a bright Sunday, however, the village livens up with Feliciano about to screen a film in honor of Domingos Pecas, a local projectionist who died in 2005 after 50 years in the business.
The last picture show?
"Our entertainment was the traveling cinema, we didn't have anything else, no TV, no radio, we were very poor," resident Nazare Alfaia, 71, said.
"I don't know how to read, so I can't remember the names of the films, but they were adventures, cowboys and horses," she added, surrounded by a collection of Feliciano's old projectors and fading posters of Westerns and musicals.
Artemisio Pecas, the projectionist's son, recalled that "before the film, they showed news, and it was at the cinema that people would see Lisbon, the colonies, even the sea, for the first time".
Wearing a blue workcoat with the word "Cinema" printed on the back, Feliciano spends an hour setting up, at one point using a hammer to align the reel of a biopic of Amalia Rodrigues, diva of Portugal's melancholic 'fado' music.
"This is a ride of unpredictable emotions, never easy. The sound must be good, the image clear, the equipment protected for travel. I'm like a trapeze artist without a net," he said.
But he has no regrets: "Sometimes I feel like I 'am' cinema. At a screening, here's the machine, the screen, the audience, all concentrated together, we laugh, cry together. And without me it doesn't work. Thrilling."
Feliciano looks younger than his years, his conversation peppered with anecdotes about his quasi-bohemian life.
His jovial expression sours only when he laments that he cannot find anyone to carry on the tradition.
"It's a shame that this important cultural expression is lost, that when I die there will be no one left to go from village to village to show a film."
Tags
Antonio Feliciano Cinema Paradiso Oscar-winning Portugal's traveling film 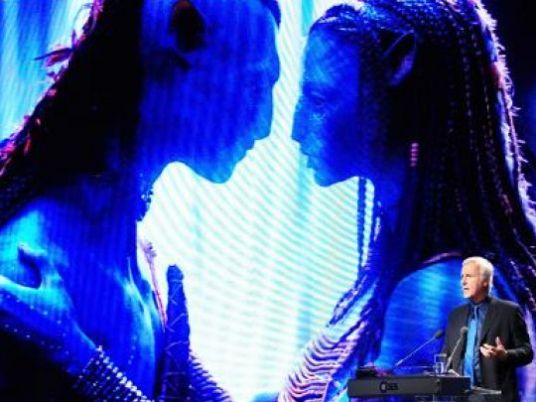