The head of the General Union for Construction, Mining and Carpentry Workers rejected a decision by Helwan Governor Hazem el-Quewidi to relocate about 500 marble factories from Shaq el-Thuban to the industrial zone in el-Tebbin. El-Quweidi’s decision comes as a part of the governorate’s plan to move environmentally polluting factories and turn the area into an exhibitions zone.

Abul Magd el-Refaey, union chief, told Al-Masry Al-Youm that the relocation decision has not been properly thought through. He said that it endangers the future of about 15,000 factory workers, and mentioned that workers at these factories were responsible for installing water and electricity services in the district at their own expense.

"The governorate can deal with the problem of contamination in the area–if that is really what it is planning for–by providing water-sprinkling vehicles to get rid of the dust caused by sawing marble at the factories," said el-Refaey. He also warned that the move will not be easy and will involve huge expenses as well as compensation to be provided to factory owners.

El-Refaey said that the governor had adopted the decision unilaterally without consulting syndicate members about the possible effects on the workers, who, he said, will be burdened with extra spending in light of price rises. According to el-Refaey, the scheme will waste investments worth LE7 billion.

Meanwhile, an official source at a commission formed by the industry minister to discuss how to relocate cement plants out of Helwan disclosed that the commission has convened just once, and has not yet decided a final location to which the factories will be moved. The commisssion has also not yet decided on a way of providing raw materials to the factories, including the gas required to run them.

The source said that el-Quweidi’s decision obliged the government-owned National Cement Company to halt investments worth LE1.6 billion which had been intended to enhance production capacity and lower prices. 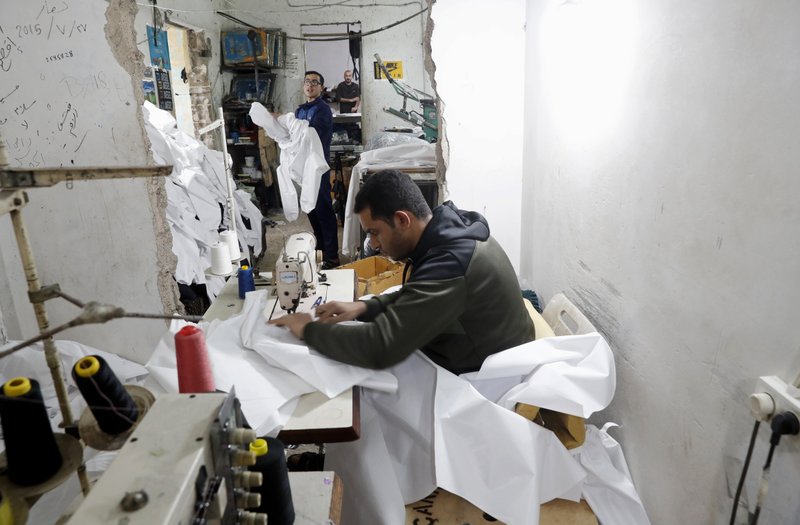 Gaza factories roar back to life to make protective wear