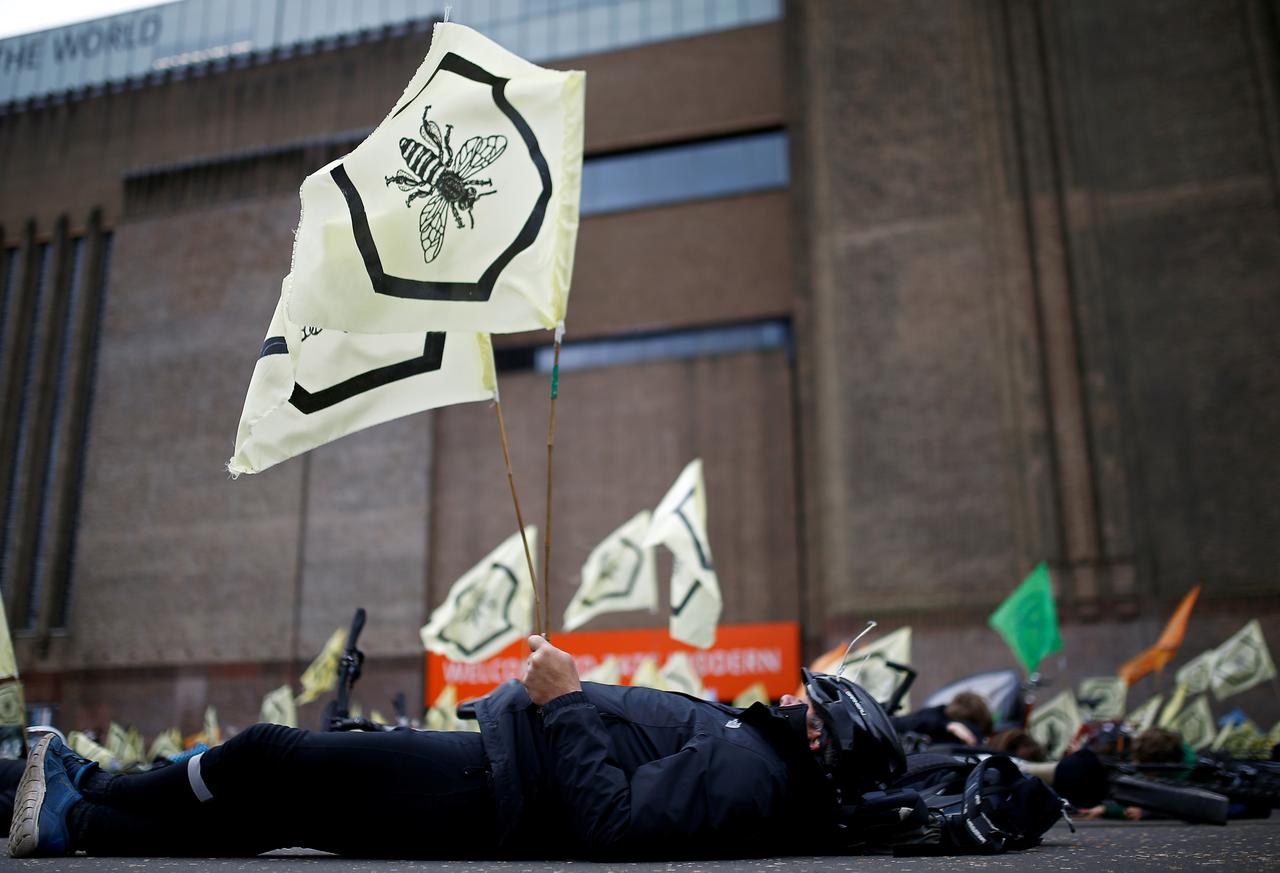 LONDON (Reuters) – Climate activism group Extinction Rebellion has postponed until later this year a plan to shut down Britain’s Heathrow Airport using drones and published on Sunday more details of the protest action in a bid to allay public safety fears.

Last month aviation authorities went on the alert when the activists pledged to paralyze Europe’s busiest airport intermittently in June and July to highlight the damage that a planned third runway would cause to Earth’s climate. The protest had been due to start on June 18.

“Extinction Rebellion will not be carrying out any actions at Heathrow Airport in June or July this year,” the group said in a statement. “The Heathrow Airport authorities will therefore not have to pause any summer flights.”

Heathrow Airport responded to the group’s announcement by repeating its previous warning that any use of drones near the airport would be a “reckless action” that could endanger lives.

“We are working with the authorities to address any threat of protests which could disrupt the airport,” the airport authorities said. “We agree with the need to act on climate change, but that requires us to work together constructively – not commit serious criminal offences.”

Initial proposals to use drones floated last month caused a backlash among some supporters who feared a furor over safety concerns would eclipse the group’s broader message over the need to take radical action to tackle the climate crisis.

That earlier draft of the plan had stated that there was ‘no chance’ of flying drones while planes were in the air since the movement would inform the authorities of their plans well in advance, forcing the airport to ground all flights.

On Sunday, the group provided a more detailed plan that said protests would take place within an exclusion zone in a 5km radius around the airport, use only lightweight drones flown below head height, and avoid flightpaths. The notice period for any drone action would be at least two months.

“Creating any risk to aircraft or threatening any such risk must be avoided,” a legal brief by the group said.

Larch Maxey, part of a team who coordinates Extinction Rebellion actions, said the plan to shut down Heathrow was aimed at pushing for the systemic change needed to cut Britain’s emissions as quickly as possible.

“Our aim is to cause economic disruption to cause system change while minimizing disruptions to the passengers and recognize that 75 percent of all flights are taken by 15 percent of people,” Maxey told Reuters.

The group did not give a new date for a new drone action beyond saying it would happen this year. Thousands of flights were grounded at Gatwick Airport outside London in December when drones were spotted near the perimeter. Extinction Rebellion was not involved in that incident.

Extinction Rebellion has pushed the climate crisis up the political agenda, with more than 1,000 volunteers willingly arrested over 11 days of peaceful London protests in April that forced parliament to declare a symbolic ‘climate emergency’.

Aviation emissions have come under fresh scrutiny since the British government adopted a new legally binding commitment last week to cut the country’s carbon emissions to net zero by 2050 – a first among the world’s biggest economies.

Building a third runway would make that goal harder to reach, according to scientists, who project that Earth’s climate system is fast heading toward irreversible tipping points.

FILE PHOTO: Cyclists lay down as they take part in the Extinction Rebellion protest at the Tate Modern in London, Britain April 27, 2019. REUTERS/Henry Nicholls/File Photo