As the sit-in protest in front of the state television and radio building at Maspero enters its eighth day, Khalid Ahmed Mohamed, a resident of the working-class district of Alsalam wa Alnahda is determined to continue protesting until he gets what he says is due to him.

“Our last chance is to sit here outside Maspero. We are extremely tired of the promises the officials have made to us. They told us that they would provide housing for more than 1000 families, but as you can see we are still in the street,” says Mohamed.

Mohamed’s ordeal began on 1 February when he was expelled from his home in Alsalam wa Alnahda, a neighborhood in eastern Cairo. During the 18-day national uprising, a rumor spread among the owners of the buildings in his area that residents in Alsalam wa Alnahda would automatically be granted ownership of the apartments that they rented. The owners of the properties, fearing that they would lose their properties in the absence of the police, forced more than 1000 families to leave.

“Since then, we’ve been homeless,” says Mohamed.

Now they are protesting, demanding that the government give them state-subsidized housing. Mohamed and other protesters say that officials from Cairo Governorate have already promised that their demands would be met.

“I was desperately in a need of a flat for my family of five girls and their mother. Under former President Mubarak, life wasn’t good at all. There was no place for the poor. But now after the revolution the poor are struggling to keep their heads above water,” says Alsaad Ali Ibrahim, another protester from Alsalam wa Alnahda.

The protesters say that they have been trying to get temporary housing since they were evicted. They were advised to go and take empty flats belonging to the Cairo Governorate, but were then violently expelled by military police, they say.

“It was a tough time for us, because we had to transfer the disabled and elderly from those flats as quickly as possible,” says Mohamed.

The families were again homeless. They appealed to Cairo Governorate officials, who promised to find them housing after evaluating their eligibility. In the meantime, they were given tents.

Overcrowding was not the only problem for the displaced people. They had no easy access to safe water and lacked adequate sanitation.

“We’ve lived in those tenets for nearly four months now,” says Ibrahim. “The bathrooms were awful and the temperature since last month is like hell for the elderly and sick people.”

Others say they fear that thugs might attack the women and children. One child was raped by a solider from the military police, according to several protesters at the Maspero sit-in.

For the last two decades, Egypt has witnessed growing informal settlements. It is estimated that there are more than 1000 informal communities in Cairo, some of which are in areas identified by the government as being hazardous to human health, either because of a lack of facilities or the risk of rock falls.

The government has also carried out regular forced evictions of slums dwellers, such as one in 2008, during which the police demolished houses and expelled residents of Establ Antar in southern Cairo.

Last year, some residents of Alsalam wa Alnahda lost their homes after scores of houses collapsed due to the explosion of the sewerage system.

“In the past we were struggling to provide our families with their basic needs, such as food and education. Now everything has stopped because we don’t have a place to live,” says Anwar Ibrahim Ali, one of the organizers of the protest in front of Maspero.

The area in front of the TV building has been a common area of protests for Coptic Christians, who staged two sit-ins condemning sectarian attacks. The Alsalam wa Alnahda are not Christians.

Last month, the same displaced families staged a sit-in in front of the Cairo Governorate’s headquarters, but were forced to leave after the military and civil police forcibly dispersed them.

“In front of Maspero is the space where we can reach the media. We’ve come here to demand our rights and we are not going to leave unless our demands are met,” says Ahmed Abdel Ghany, one of the protesters. To date, the protest has received little coverage in mainstream local media.

Traffic was cut in front of Maspero for several hours on Saturday after the protesters were angered by the presence of many high-ranking police officers.

“We have nothing to lose, and we have to raise our voices. Look there, how many officers are sitting without even giving a minute of their time to solve our problem,” says Abdel Ghany.

When asked about their strategy for dealing with the sit-in after the strikers blocked the road, a high-ranking police officer shrugged and told Al-Masry Al-Youm that “the police have learned their lesson.”

“Any kind of confrontations between the police and the people would have catastrophic consequences. In the meantime, we are trying to convince them to open the road. Such closure of the road costs the whole Egyptian people money,” said the officer.

The strike costs the people Alsalam wa Alnahda, as well. One striker died on Saturday when he fell and drowned while trying to wash his face in the Nile.

“He drowned because he couldn’t find a place to wash his face,” says Ibrhaim. “The people in the nearby garage told us to pay LE2 per person to use the toilets. Imagine a family of seven people using the toilets twice a day. They are simply telling us to go and drown in the Nile.”

The protesters also criticize the media after verbal clashes erupted between them and TV building staff, who they say called them thugs.

On Thursday, police General Nabil Teblawy told the state-run news agency that he ordered security forces to increase their presence around Maspero. He decided to create a special entrance for female employees after claims that some had been harassed by the strikers.

“They are portraying us as thugs and primitive. They are not telling the truth, which is that we are Egyptians and we are demanding our rights,” said Abdel Ghany. 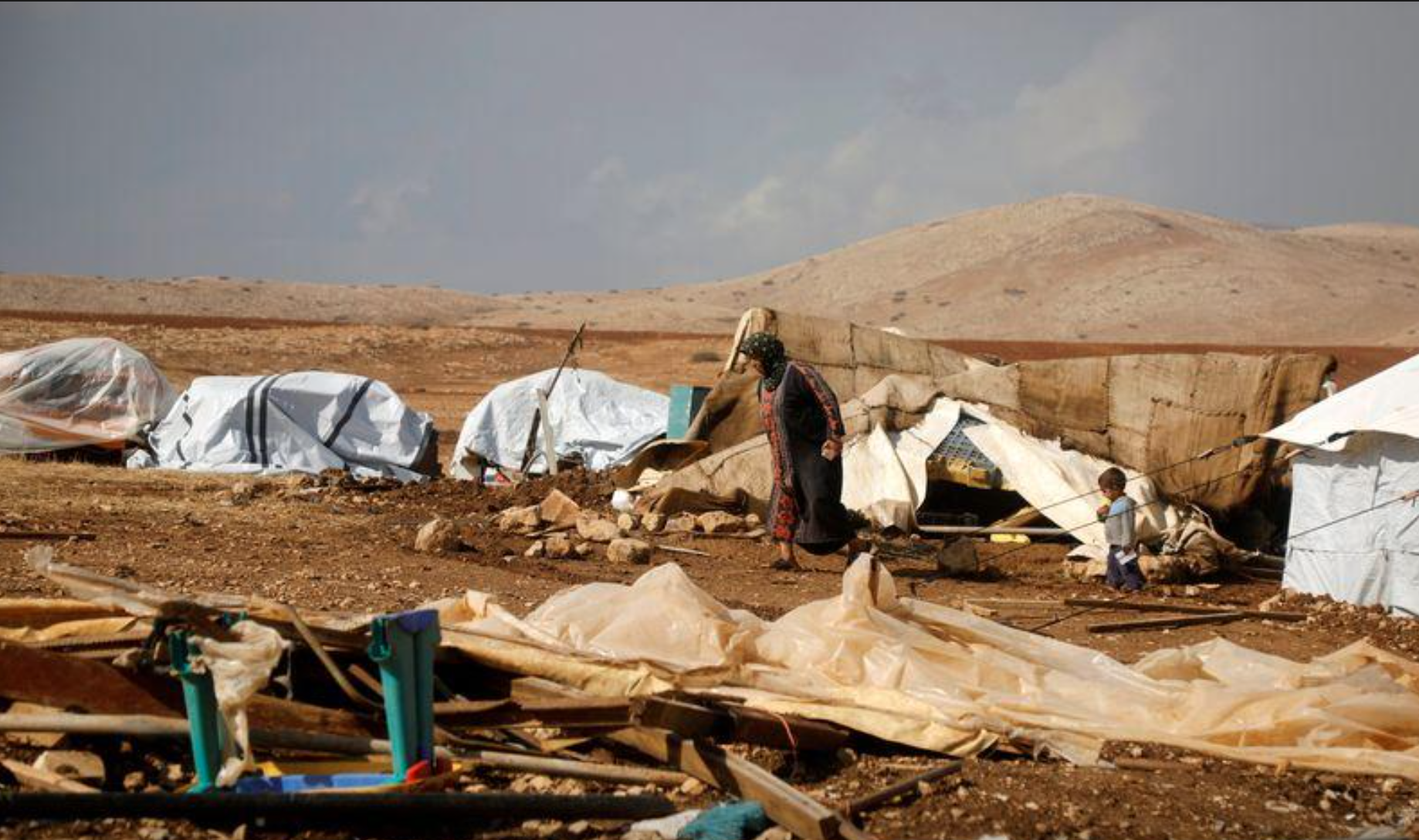 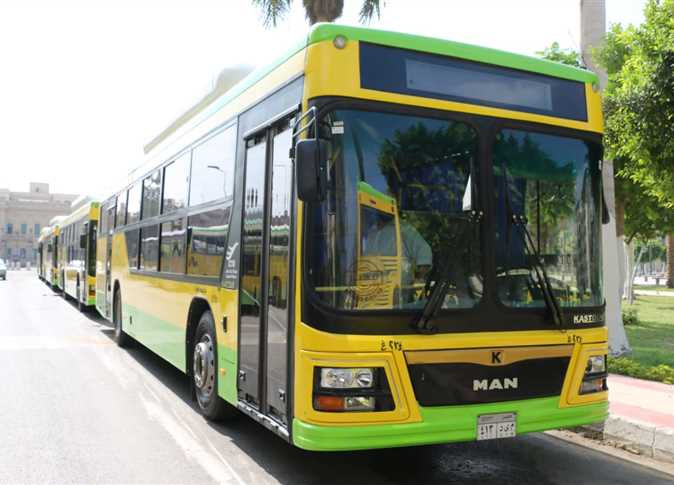 Egypt plans to make public transport for free for the elderly 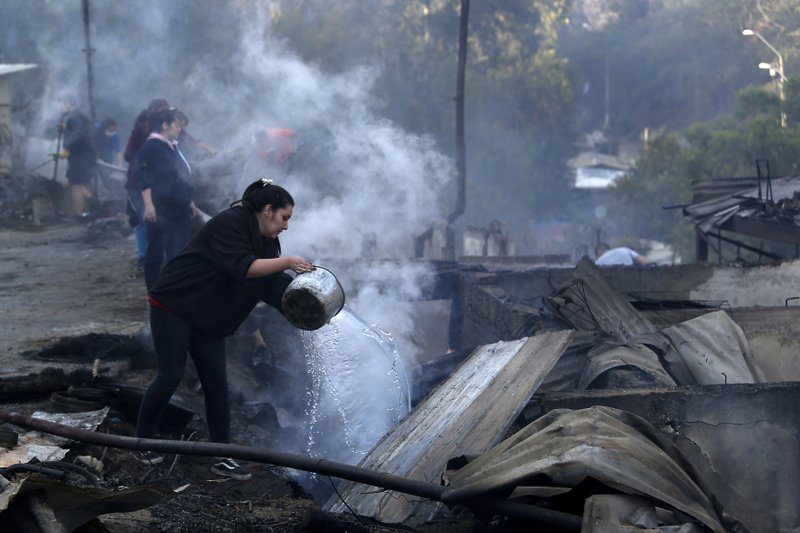