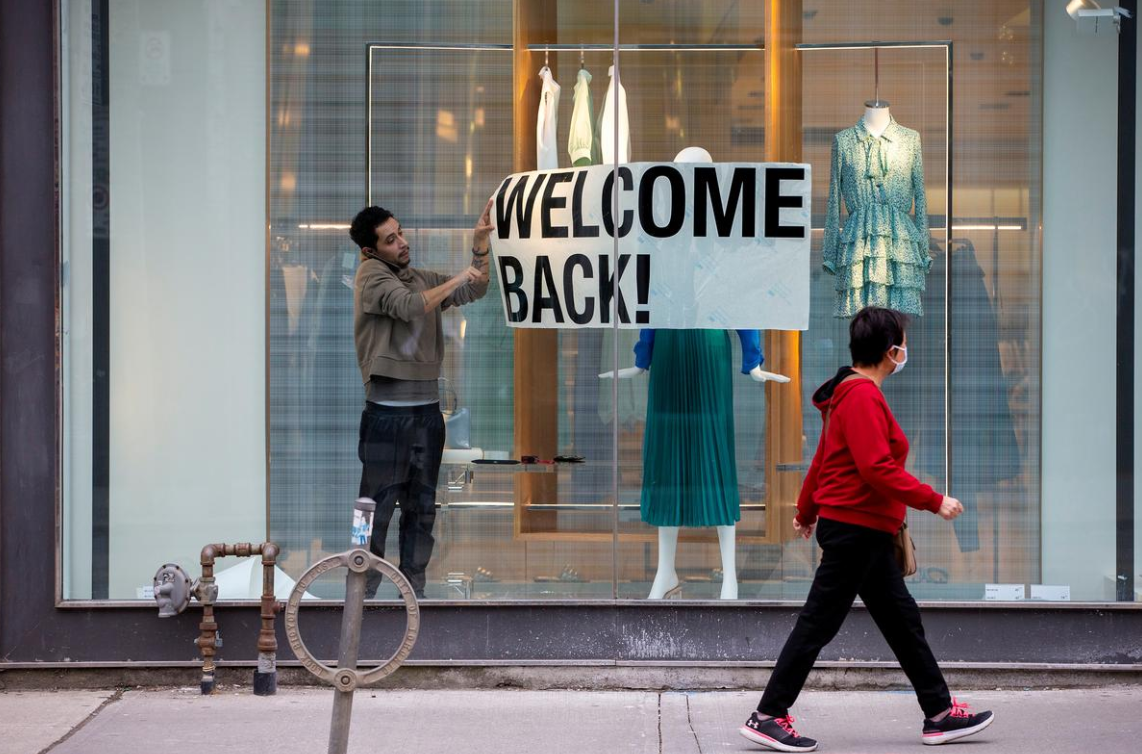 TORONTO (Reuters) — Children in Canada’s foster care homes have gone weeks without being able to see their parents in person and plans for safe reunions are still uncertain, according to child protection lawyers, even as stores, hair salons and some day care centers begin to reopen.

Provincial governments, which suspended most visits in late March and early April to fight the spread of the coronavirus, say they have been allowed in exceptional circumstances.

But in practice, lawyers from across the country told Reuters there have been few exceptions to the social distancing measure, which has hit the country’s indigenous population especially hard.

One mother who usually sees her four- and eight-year-old children twice a week has been unable to do so since British Columbia halted foster home visits on March 26. The kids were heartbroken, she said.

The province’s 24-page restart plan mentions museums, massage therapy and the film industry, but not visits for children in care.

“I don’t know how I can be deemed an essential worker, but I’m not an essential parent,” said a British Columbia father of two who works in the trades. “I can go back to work, but I can’t see my kids?”

Reuters is not naming the parents to protect their children’s identities.

Changes to the visiting policy are “under review” and more than 150 exemptions to allow visits for specific families have been approved in the meantime, said a provincial spokesman. There were 5,805 children in foster care in British Columbia alone as of Dec. 31.

“In these unprecedented times, we need to support those crucial connections in the safest way possible,” said the province in a statement. “Right now, that means supporting virtual visits with family members through Skype and by telephone wherever possible.”

Canada is not alone in suspending contact — several US states took similar steps. But moves to resume visits are lagging other reopenings across Canada.

In Alberta, day care centers were allowed to reopen on May 14, but the children’s services ministry is still working on a plan to allow visits.

In Newfoundland, which has only three active coronavirus cases, visits are allowed in “exceptional cases” and officials are working on a plan to resume more contact, said a spokeswoman. A recent newsletter from the local foster parents’ association included tips on interacting with infants and toddlers over video chat.

Children in foster care usually return home gradually, progressing from supervised visits to overnights. Halting visits derails that, and in parts of Canada, parents face tight deadlines to win back custody of young children. After 12 to 18 months, agencies must seek extended custody and children can be adopted.

Tammy Law, president of the Ontario Association of Child Protection Lawyers, fears long separations will be used in court to argue that parents are not bonded with their children.

“It’s another strike against the parent,” she said. “I don’t know how that is going to play out, and every case is going to be different.”

Long separations have had a disproportionate impact on indigenous children, since they are overrepresented in the foster care system. In Manitoba, which has the largest proportion of children in care, nearly 90 percent are indigenous, according to a 2018 report.

On April 6, Manitoba suspended all face-to-face visits unless “absolutely essential,” according to an online bulletin. Outdoor visits are now allowed in some cases, but there is no data on how many have taken place.

Cora Morgan, First Nations Family Advocate with the Assembly of Manitoba Chiefs, said some families were weeks away from reunification, but now those plans are on pause.

“They’re ready to bring their children home,” she said.

The Assembly wrote to the provincial leader on April 21, decrying the “double standard” that has kept kids in care away from their parents while other court ordered visits continue.

“It appears that parental bonding is prioritized for some families, but not for First Nations children in care,” reads the letter, obtained by Reuters.

Visits with children in care are different from shared custody, the ministry said in a statement. One home may host children from multiple families, so several households could be affected.

“We’re concerned about the safety of children and their families, also staff and caregivers,” said Jeffrey Schiffer, executive director of Toronto’s Native Child and Family Services, one agency that continued many visits through the epidemic.

“Those safety concerns need to be balanced against the rights that indigenous children have to see their families and be connected to their community and culture.”

Image: An employee at Zara puts up a sign during a phased reopening from the coronavirus disease (COVID-19) restrictions in Toronto, Ontario, Canada May 19, 2020. (REUTERS/Carlos Osorio/File Photo)