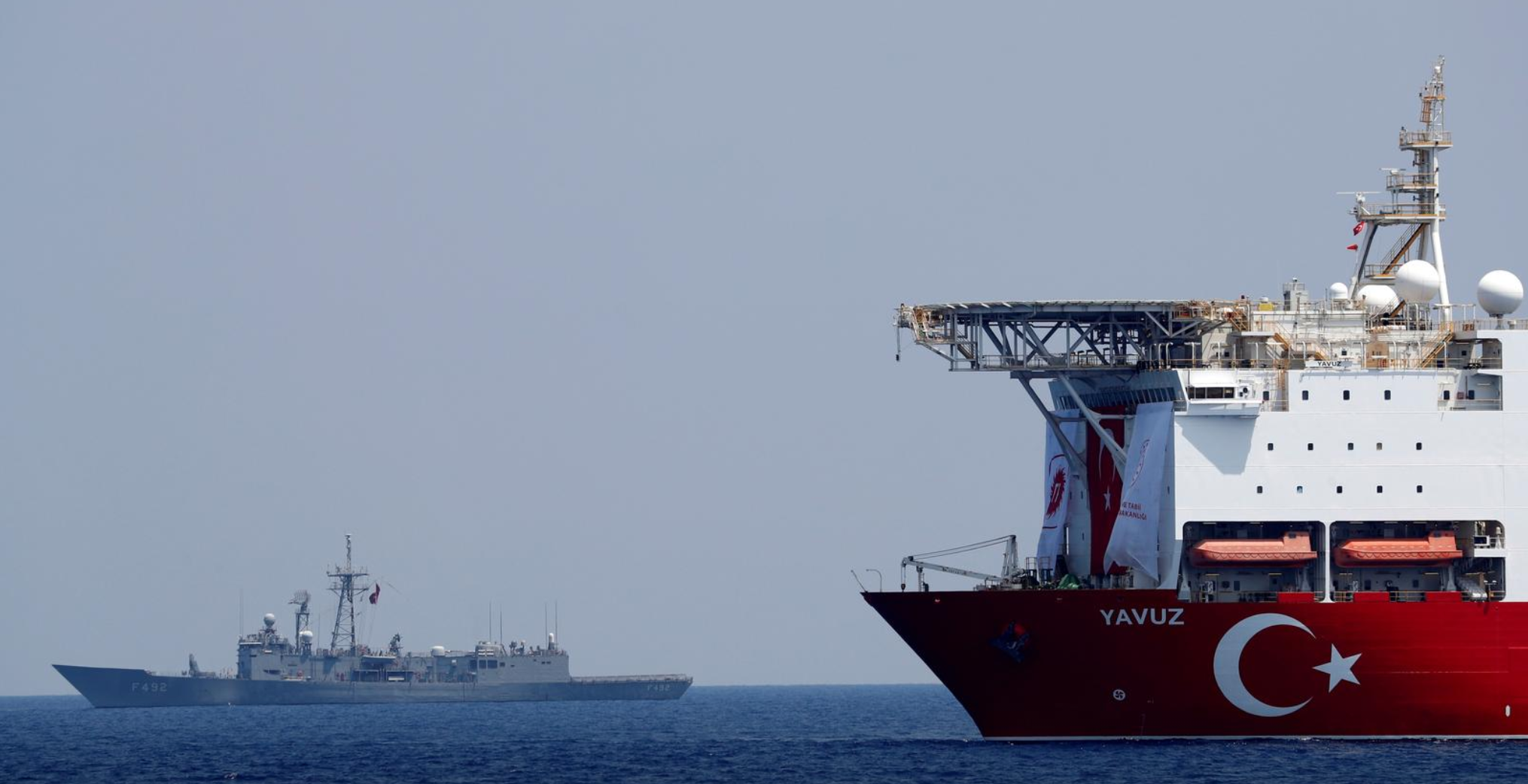 AJACCIO, France (Reuters) – The European Union will draw up a list of new sanctions on Turkey at the end of September unless Ankara comes to the negotiating table to resolve a territorial dispute with Greece and Cyprus, the EU’s Mediterranean states said on Thursday.

Tensions flared between the EU and NATO member Turkey after Ankara sent a survey vessel to map out possible oil and gas drilling prospects in territorial waters claimed by Greece and areas claimed by Cyprus.

The seven EU members with Mediterranean coastlines gathered for a summit in Corsica, France, said in a joint communique they reiterated their “full support and solidarity with Cyprus and Greece in the face of the repeated infringements on their sovereignty (…) as well as confrontational actions by Turkey”.

“We maintain that in the absence of progress in engaging Turkey into a dialogue and unless it ends its unilateral activities, the EU is ready to develop a list of further restrictive measures that could be discussed at the European Council of Sept 24-25.”

The position of the seven EU states does not necessarily reflect the stance of the whole bloc.

Cyprus’ proposal in June to impose EU sanctions on more Turkish companies and individuals has not been approved as many EU states, including Germany, want to defuse the Turkey stand-off through dialogue.

Speaking at a news conference at the end of the Corsica summit, Greek Prime Minister Kyriakos Mitsotakis said Ankara still has time to end its exploration activities in non-demarcated maritime zones before the EU summit later this month.

“We will avert Turkey’s attempt to divide Europe,” he said, adding that Greece has been fulfilling its duty in protecting EU borders and expects solidarity in return.

Earlier on Tuesday, French President Emmanuel Macron said the problem was not with the Turkish people, for whom he had great respect, but with the government of President Tayyip Erdogan.

In response, Omer Celik, a spokesman with Erdogan’s ruling AK Party, wrote on Twitter that Macron was deploying a “colonialist” game by trying to drive a wedge between Erdogan and the Turkish people.

“The country against which you are using threatening language is Turkey. Turkey will give you the most appropriate response. Mr Macron, do not get us confused with those tribal states that you can easily trick. Nobody has the power to separate the elected president of this country and its people,” Celik wrote.

FILE PHOTO: The Turkish drilling vessel Yavuz is seen being escorted by a Turkish Navy frigate in the easter Mediterraneasn off Cyprus, August 6, 2019. REUTERS/Murad Sezer