European financial markets struggled with growing economic and political concerns on Tuesday as the euro neared its biggest fall this year and bond yield spreads over Germany reaching the widest in several years.

The US dollar sped higher toward its biggest gain in a month against a basket of major currencies after jumping against the offshore Chinese yuan on the fall in Beijing's foreign exchange reserves below $3 trillion for the first time in six years.

European corporate earnings offered investors some cheer even though oil giant BP missed estimates, but failed to completely shrug off the unease fueled by the growing unpredictability of the French presidential election race.

Far-right National Front Leader Marine Le Pen has vowed to fight globalization and take France out of the euro zone, while conservative candidate Francois Fillon on Monday vowed to fight on for the presidency despite a damaging scandal involving taxpayer-funded payments to his wife.

Earlier on Tuesday, Emmanuel Macron, the independent centrist candidate and favorite to win the election, knocked down rumors he has a gay relationship outside his marriage since 2007.

Investors sought the safety of US Treasury and German debt over French and other euro zone bonds, although the US dollar's broad rise dulled the allure of gold, the traditional safe-haven asset in times of political and economic uncertainty.

"The political calendar is likely to make some investors sit uneasy on some positions, particularly as the prevailing opinion remains that none of the anti-European parties will have a significant chance of getting close to power," RBC Capital Markets strategists wrote in a note on Tuesday.

"Whilst this is also our expectation, complacent markets will likely face at least one moment where the iron-clad view will be questioned."

The premium investors demand for buying French 10-year government bonds over German 10-year bonds rose to 78 basis points, the highest level since November 2012. It was 50 basis points only two weeks ago.

"The acceleration of the trend of wider spreads since the start of the year has been widespread and not just confined to France, where obviously the political tail risk is the greatest," said Kenneth Broux, head of corporate research, FX and rates at Societe Generale.

By 08.15 GMT, however, these spreads had narrowed by as much as 5 basis points.

The yield on 10-year US Treasuries hovered around a two-week low of 2.40 percent.

European stocks held up better, with the FTSEuroFirst 300 index of leading shares up 0.2 percent in early trade at 1431 points .FTEU3.

Chipmaker AMS rose 16 percent, poised for its best-day ever after the company's fourth-quarter revenue came in at the top end of the chipmaker's expectations. BP was the biggest drag on the broader index, down 2.5 percent.

Chinese shares dropped 0.4 percent ahead of data that showed FX reserves fell for the seventh straight month in January, reaching below $3 trillion for the first time in six years.

The US dollar rose 0.5 percent against the offshore yuan CNH=, its biggest rise in three weeks. Concerns remain over the speed at which China has depleted its cash resources to defend the currency. Reserves were almost $4 trillion in mid-2014.

US stock futures pointed to a flat-to-marginally higher open on Wall Street ESc1, after dipping as much as 0.2 percent on Monday.

Oil prices buckled under the US dollar's gains, extending their decline following the biggest one-day loss since January 18 on Monday as worries about rising oil supply out of the United States tussled with optimism about output curbs elsewhere.

Gold surrendered some of Monday's strong gains but hovered close to its three-month high hit on the day, easing 0.5 percent to $1,229 an ounce. 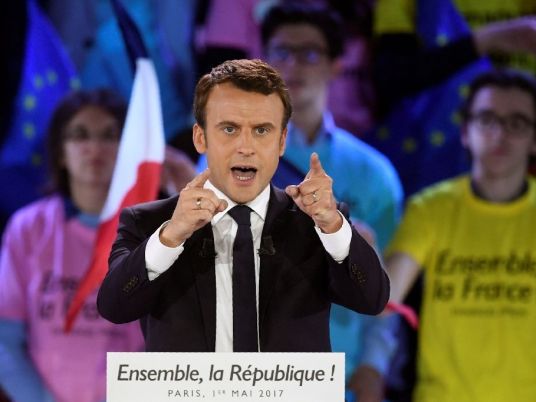 Macron to be one of the world’s youngest leaders 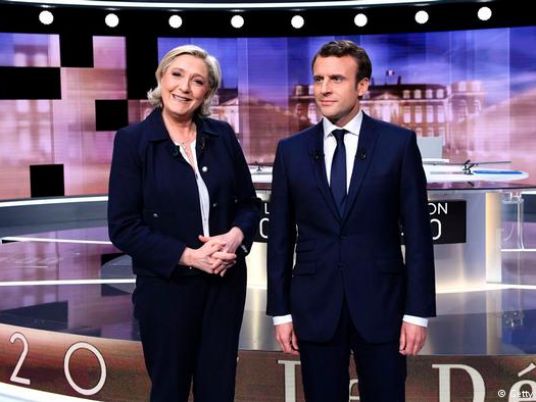