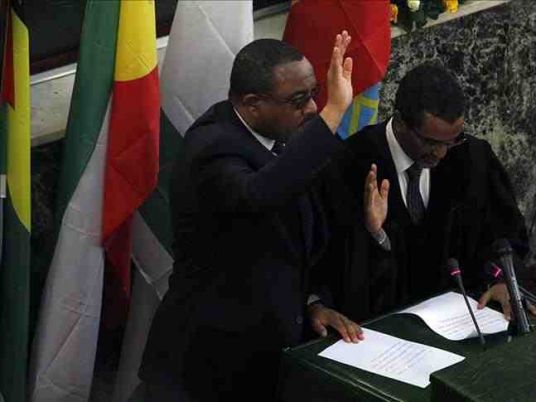 Under a new 2015-2020 development plan, Addis Ababa wants to raise output to 17,346 megawatts from a current capacity of just over 2,200 from hydropower, wind and geothermal sources.

"The launch of this new dam will be commenced soon," Hailemariam told parliament, without giving further details.

Ethiopia's bid to tap several rivers for power generation is part of plans to boost manufacturing and industrialise its agrarian economy.

It already has an array of projects under construction, including the $4.1 billion Grand Renaissance Dam that will churn out 6,000 megawatts upon completion within the next five years, as well as a 1,800-megawatt Gilgel Gibe 3 Dam in its southern region.

But the country's power ambitions have caused disputes in the past. Egypt, which is solely dependent on the Nile, has expressed concern that the Renaissance Dam will reduce the river's flow. The two countries are currently locked in discussions over the project's technical details.

And rights groups in Kenya say that the Gibe 3 Dam, and a related irrigation scheme, could dramatically reduce the volume of water in its Lake Turkana.

Experts put Ethiopia's hydropower potential at about 45,000 megawatts and geothermal at 5,000, while its wind-power potential is believed to be Africa's third-largest behind Egypt and Morocco.

Hailemariam said Ethiopia, which signed a $4 billion-deal with a US-Icelandic firm in 2013 to a build a 1,000 megawatt geothermal plant, creating the country's first privately-run utility, was also in negotiations with international companies to build more power generating projects.

Once Ethiopia's grand plans are complete, it wants to export power to countries in North and southern Africa and beyond.

But poor rainy seasons that have left 10.2 million people requiring food aid in the country of 90 million have also had an adverse impact on existing dams, Hailemariam said.

Four hydropower plants generating a total of 675 megawatts were either producing "as low as 10 percent or nothing at all" owing to low water levels, he said.