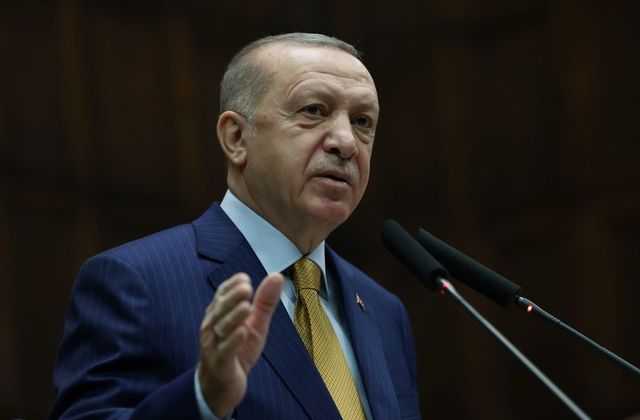 ANKARA (Reuters) -President Tayyip Erdogan said on Friday that Turkey would like to have better ties with Israel and that talks at intelligence level continued between the two sides, but criticized Israeli policy toward Palestinians as “unacceptable”.

The two countries have had a bitter falling out in recent years, despite strong commercial ties, expelling ambassadors in 2018. Ankara has repeatedly condemned Israel’s occupation in the West Bank and its treatment of Palestinians.

Speaking to reporters after Friday prayers in Istanbul, Erdogan said Turkey had issues with “people at the top level” in Israel and that ties could have been “very different” if it were not for those issues.

“The Palestine policy is our red line. It is impossible for us to accept Israel’s Palestine policies. Their merciless acts there are unacceptable,” Erdogan said.

“If there were no issues at the top level, our ties could have been very different,” he added. “We would like to bring our ties to a better point.”

Turkey and Israel, former allies, expelled each other’s top diplomats in 2018 over clashes when dozens of Palestinians were killed by Israeli forces on the Gaza border. Ankara and Tel Aviv continue to trade with one another.

In August, Israel accused Turkey of giving passports to a dozen Hamas members in Istanbul, describing the move as “a very unfriendly step” which his government would raise with Turkish officials.

Hamas seized Gaza from forces loyal to Palestinian President Mahmoud Abbas in 2007, and the group has fought three wars with Israel since then. Turkey says Hamas is a legitimate political movement that was elected democratically.

Reporting by Tuvan Gumrukcu and Ali KucukgocmenEditing by Ece Toksabay