Middle East peacemaking efforts and the lingering aftermath of last month’s sectarian killings in Upper Egypt were the themes this week in much of the English-language media’s regional coverage.

Palestinian Authority President Mahmoud Abbas came to Cairo to meet with President Hosni Mubarak. Abbas didn’t have many optimistic things to say about the state of the peace negotiations or America’s role, but he did praise Egypt’s longstanding efforts to bring about a reconciliation between Abbas’ Fatah faction and Hamas, which controls the Gaza Strip.

The Palestinian reconciliation talks have also basically gone nowhere, but it might still not be too late for progress. This week’s sign of possible hope was when senior Abbas deputy Nabil Shaath made a surprise visit to Gaza.

In other news, two Egyptian journalists were reprimanded by the local Journalists Syndicate for the professional crime of meeting with the Israeli ambassador last year; and a deal to increase Egyptian natural gas exports to Israel appears set to take effect.

The Los Angeles Times weighed in on the state of Muslim-Christian relations post-Naga Hammadi, reporting that “tolerance has ebbed and tensions have multiplied,” between the two communities. The recent restoration and reopening of St. Anthony’s Monastery–reputed to be one of the oldest monasteries in the world–also received coverage.

Meanwhile IRIN, the United Nations’ news agency, focused on a new law on organ transplants which is due to come into force within a few weeks. The law, which establishes new regulations for all organ donations and bans live donations to non-family members, is designed to “curb Egypt’s booming illicit trade in human organs,” according to IRIN.

The Abu Dhabi-based newspaper The National drew attention to new cigarette warning labels that aim below the belt at Egyptian men. And the Christian Science Monitor wrote about a new internet radio station that targets divorced Egyptian women.

The Guardian ran an article on Egyptian billionaire Samih Sawiris (whose brother is part owner of Al-Masry Al-Youm) and his potential ambition to join a takeover of the venerable London newspaper the Independent.

And finally, from the “probably not true but too funny to ignore” file, here’s the tale of a Pakistani diplomat with the funniest name (to Arabs at least) in history. According to our sources, the diplomat is real and that is indeed his name, but he was never posted to Saudi Arabia. 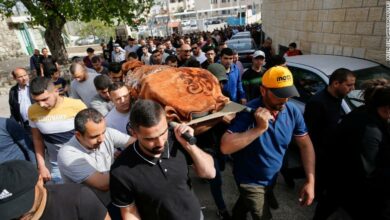 As violence spikes, the killing of an unarmed Palestinian mother highlights awful toll of occupation 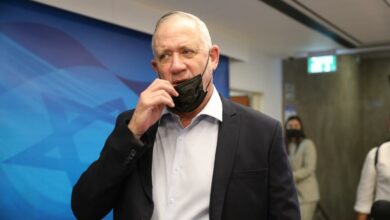 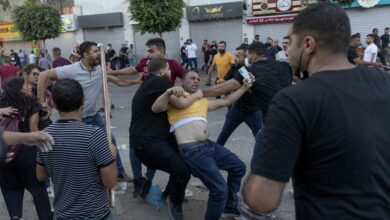 EXPLAINER: Why are Palestinians protesting against Abbas?