The Electricity Ministry has been engaged in a tit-for-tat battle with the Greater Cairo Water Company (GCWC) over allegations of unpaid electricity bills, after the GCWC allegedly failed to pay a bill estimated at hundreds of thousands of pounds to the ministry.

Electricity Ministry sources, who preferred to remain anonymous, told Al-Masry Al-Youm that the ministry cut the power supply to some of GCWC's administrative buildings two months ago after outstanding electricity bills began to pile up.

GCWC responded by cutting off the water supply to some of the Electricity Ministry's buildings.

The Electricity Ministry complained about the water cuts to GCWC, which retorted by claiming the cuts were the result of maintenance on faulty water works. The ministry then returned power to the water company in order to secure its water supplies.

Both parties have now turned supply lines back on.

According to the ministry sources, decisions on how to penalize government institutions who do not pay their bills are the job of the Cabinet and the Finance Ministry. They alone can resolve financial issues between ministries; a ministry cannot officially take matters into its own hands.

The sources said that prepaid metering systems enforced this year will make it easier to monitor a building's energy consumption on a daily basis. They also claimed that government institutions are consuming power in quantities that vastly exceed their needs.

Other ministry sources said last week that water and sanitation companies owe the ministry the largest debts, totaling around LE5.4 billion, followed by the Ministry of Endowments with LE1.2 billion. 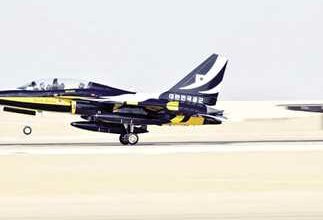 Meteorologists expect temperatures to continue to drop over the week