The latest installment in a new trend of Egyptian crime-related action movies, El-Kobar (The Big Ones), is big on nothing but disappointments.

Don’t be fooled by the trailer, which promises suspense and action; the pace slows to a crawl and the plot starts to unravel before the titles even begin. It seems possible that the screenwriter quickly devised the opening scene, allotting what remained of the movie to convey his personal dislike of el kobar (“the big ones,” those with power and money), disregarding narrative cohesion and logic.

Kamal (Amr Saad) is a rookie police officer who helps convict a young man, Mahmoud el-Dahshouri (Mohamed Yousri) in the murder of his wealthy girlfriend. The morning of el-Dahshouri’s hanging, Kamal discovers that he is actually innocent, but is unable to stop the execution. As a result, Kamal is hospitalized for emotional trauma, and suddenly decides he wants to be a lawyer, defending those less fortunate. Naturally, his first case–in which a wealthy couple is accused of running over a young boy with their car–turns out to be under the powerful influence of el kobar, who buy witnesses, bribe judges, and manipulate evidence in order to save their upper class cohorts from jail.

Kamal is heartbroken after losing the case and simultaneously plagued by nightmares about el-Dahshouri, who appears as a ghost. Fed up and depressed, he gets drunk and meets a prostitute. Kamal’s luck at the bar is truly the stuff of fantasy; he takes the prostitute home, tells her he is broke, gives her no food, cries and yells and throws her out and, yet, she makes him tea, tucks him in, and leaves him a few hundred LE on her way out. What a catch.

Meanwhile, Kamal sets up el-Dahshouri’s sister, Heba (Zeina), in a nice flat while she looks for work.

In order to snap him out of his self-destructive stupor, Kamal’s best friend and fellow police officer, Ali, arrests him for, well, nothing. Then, just as quickly as he arrested him, Ali lets him go, cautioning Kamal illogically that next time he commits no crime, he will go to jail.

Kamal ignores Ali, continuing to spend all his money on alcohol. One night, while a bartender yells at him to pay his tab, Kamal is approached by a powerful-looking older man, who defends him and buys him a drink. Later, the man appears unexpectedly at Kamal’s apartment, delivering some mysterious files. Uncertain of what to do, Kamal considers fleeing but instead reads the files, which instruct him to bribe a judge, an old family friend. Kamal refuses until the man cuts a line across his throat with his finger (the first of the movie’s many hackneyed moments). Thus, Kamal begins his third case. Once again, someone dies.

At this point, Kamal’s persistence in his line of work seems ill-advised (not to mention tedious), but he presses on. He is recruited into the mo’asasa (organized crime), run by el-Hagg (Khaled el-Sawy), a  rich glutton first shown devouring an ice cream cake like a spoiled child, before throwing it at Kamal’s face in one of the movie’s first misguided and confusing attempts at slapstick humor. (In another, el-Hagg sponteneosly plays a loud bicycle horn, waking Kamal from his contemplative gazing out a window.)

(WARNING: The remainder of this review discusses the end of the movie, perhaps saving you from having to actually see it.)

El-Kobaris only truly funny, though, when it attempts to be dramatic. El-Hagg originally threatens Kamal’s life should he try to leave the mo’asasa, but his real punishment for betraying the criminals is public mockery at el-Hagg’s birthday party. Verbal attacks are bad, unless the alternative is being murdered by the mob.

More importantly, El-Kobar suffers from disappearing plot points, awkwardly developed characters, and graceless symbolism. In one scene, Kamal’s secretary, conveniently hovering unnoticed by the office door, discovers that Kamal is secretly sneaking documents out of his office. But this seemingly important element is not developed, or even referenced.

The film’s attempts at symbolism are likewise half-baked. Kamal’s stellar prostitute, upon arriving at his apartment, repeatedly asks, “Where is the light? Is there no light? Where is the light?” a query that recalls Kamal’s decline into darkness. A hopeful viewer might expect the light-seeking prostitute to guide Kamal to a better life, but this is not the case. Instead, the prostitute opens a door to more darkness, darkness that includes inexplicably henpecking Kamal about taking her to out more to new places.

In another heavy handed moment, we find that Kamal can no longer see his own reflection in the mirror. Regardless of the screenwriter’s intention, the empty mirror does a good job of illustrating Kamal’s depth of character.

Perhaps some blame goes to the film editor, who, dealing with an overly-expansive draft, had to chop broadly and haphazardly. But no one could have saved this overstuffed, unsatisfying, and ultimately nonsensical movie. 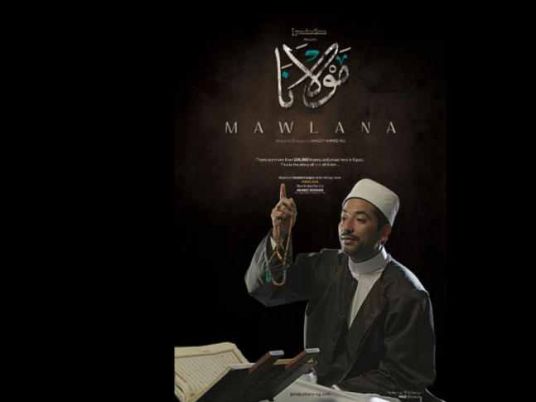