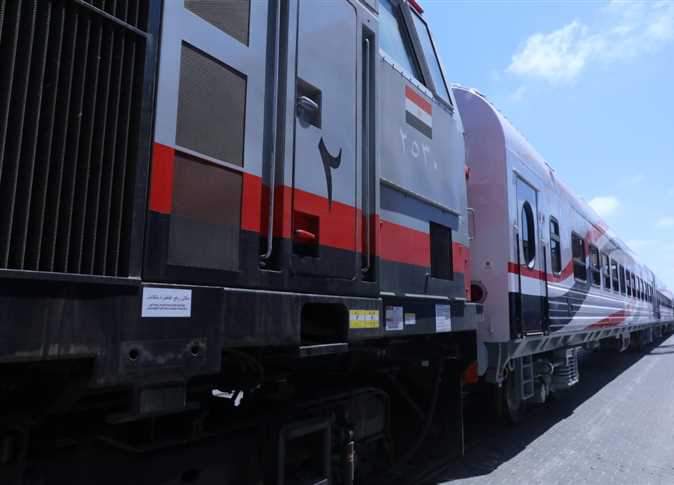 Transport Minister Kamel al-Wazir announced that prices for new and air-conditioned trains would increase by 25 percent, such as the Cairo-Alexandria ticket rising to LE125 from LE100.

On July 18 Wazir inaugurated the first batch of new trains at Cairo’s Misr Station in the presence of the Railway Authority leaders.

The ministry saw off a lineup of four trains set to enter service in the near future.

The first is a completely new train consisting of the new American General Electric tractor and Russian wagons. Egypt has thus far received 70 new tractors from a total of 260 and 33 wagons, as part of a deal to manufacture and supply 1,300 new Russian wagons of various grades.

The third consists of a new tractor and Spanish wagons developed and rehabilitated by the Railways Authority, which also renovated 90 Spanish wagons.

The fourth consists of a new tractor and standard third-grade vehicles developed at the Arab Organization for Industrialization’s SEMAF plant.

The minister inspected the new trains, adored with roses and the flags of Egypt, and met with a number of passengers present at the station eager to see the new trains off and take their photos with them.