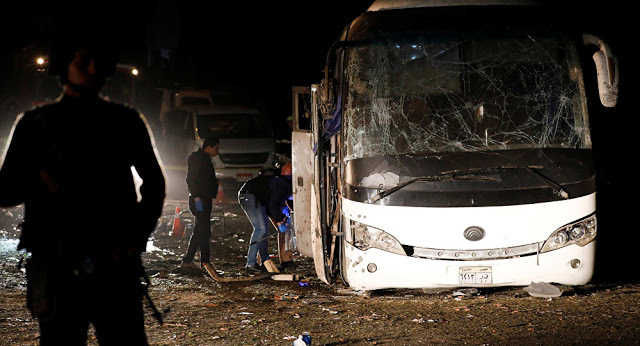 The Ministry of Tourism on Sunday morning received families of the deceased and injured Vietnamese tourists from the Friday tourist bus bombing near Giza, in cooperation with the Embassy of Vietnam in Cairo and the Egyptian Embassy in Hanoi.

Samy conveyed to the families of the deceased Mashat’s condolences and wished a speedy recovery for the injured.

She said that Tourism Ministry representatives will accompany the families throughout their stay in Egypt and will coordinate with the Health Ministry to ensure that the injured are receiving all required care.

Reuters reported that three Vietnamese tourists and an Egyptian guide were killed and at least 11 others injured when a roadside bomb blast hit their tour bus on Friday less than four km (2.5 miles) from Egypt’s world-famous Giza pyramids, according to authorities.

The bombing is the first deadly attack against foreign tourists in Egypt for over a year and comes as the tourism sector, a vital source of foreign currency revenue, recovers from a sharp drop in visitor numbers since the country’s 2011 uprising.

No immediate claim of responsibility was reported.

Islamist extremists, including militants linked to Islamic State, are active in Egypt and have targeted foreign visitors in the past.