Marsa Alam has been on the rise as a getaway spot for the past few years which has put it on the world map as a top vacation destination. Sharm El Luli beach has been ranked among the top 25 beaches worldwide in the 2018 Traveller’s Choice Awards rankings by TripAdvisor, one of the world’s largest travel site.

“Paradise. Pristine, beautiful beach and a tropical aquarium under water,” reads the description of Sharm El Luli beach  by Trip Advisor. It also advises visitors to go between May and October.

Moreover, the travel website also included some of the visitors’ comments along with the ranking of each beach. For Sharm El Luli, Nada G posted a comment saying, “Here is the Hankorab beach which you can go snorkeling in a very clear sea water.”

As for Sherif G, he expressed awe withe the scenery of the place, “It’s like the paradise, can’t imagine that this beauty exist on earth,wonderful weather, clear water , white sand, amazing fishes.”

Ahmed A echoed the sentiment describing Sharm El Luli, “one of the best beaches I’ve ever seen in my whole life…really advise you to visit it. It was peaceful, clean, and suitable for meditation and relaxing.”

Other beaches on the list include Grace Bay in Providenciales islands in Turkey, Baia do Sancho in Fernando de Noronha in Brazil, Eagle Beach Aruba and Clearwater Beach in Florida.

This is not the first time Sharm Al-Lulli has been ranked as a top beach destination.

In 2017, it was ranked third among the top 10 beaches in the Middle Easy by TripAdvisor while in 2016, the beach ranked eighth on the same list.

TripAdvisor is considered one of the most reputable websites for tourists around the world. It ranks destinations, hotels and tourism companies. TripAdvisor is accessed by around 390 million visitors in 49 markets worldwide every month, according to the website’s data. 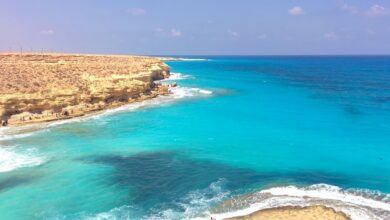 Flights from Germany and Ukraine to Marsa Alam on the rise 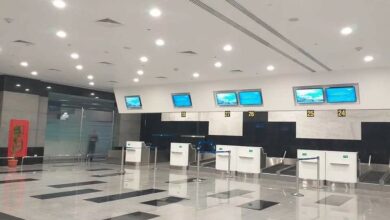