At his first official meeting as foreign minister, Orabi sat down with the head of the Supreme Council of the Armed Forces (SCAF) to discuss the situation in the region, as well as methods to boost Egypt’s foreign policy and recoup its international prestige.

Orabi's first official visit abroad as minister will take him to Malabo, Equatorial Guinea’s capital on Monday, where he will take part in the African Union Summit. Prime Minister Essam Sharaf will lead Egypt's delegation.

The minister expressed his happiness at visiting Africa in his new official role and said that African countries will be a focus of Egypt’s foreign policy. He also referred to the summit as an opportunity to exchange points of view with African ministers for the sake of boosting Egyptian-African relations. 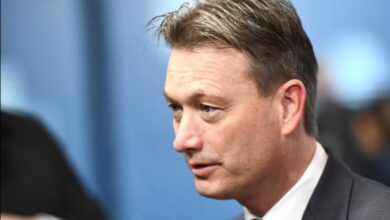