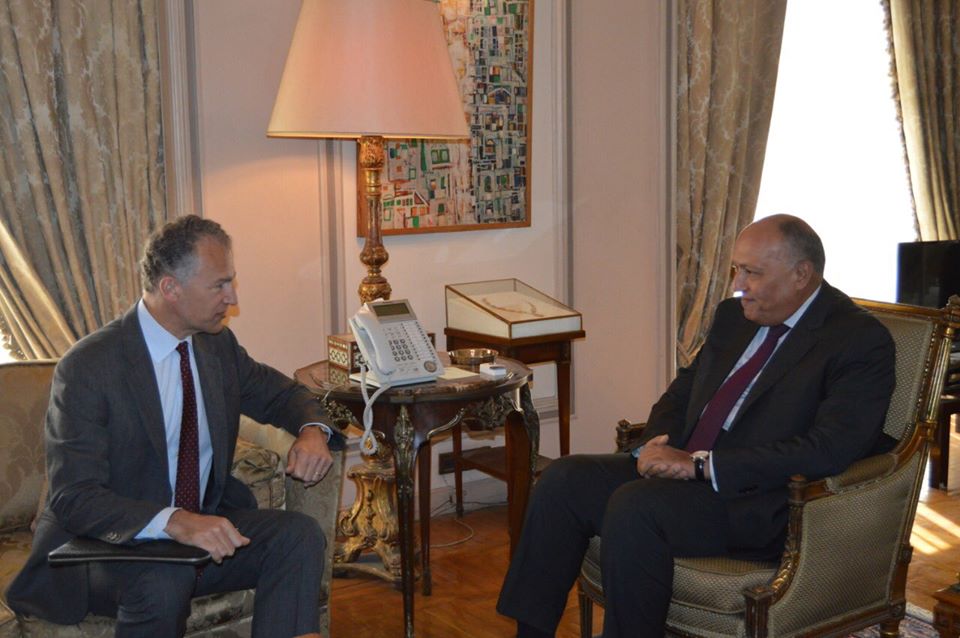 Egyptian Foreign Minister Sameh Shoukry held a meeting on Tuesday with the new US ambassador to Cairo, Jonathan Cohen, after presenting his credentials to President Abdel Fattah al-Sisi.

“The foreign minister receives the new US ambassador in Cairo…extended strategic relations between both countries,” Foreign Ministry Spokesperson Ahmed Hafez wrote in a post on his Twitter account.

Cohen holds a BA in Politics and a certificate in Near Eastern Studies from Princeton, which he earned in 1985, later spending a year at Hebrew University in Jerusalem on an Israeli government grant. Cohen also attended Georgetown University’s renowned School of Foreign Service in 1986, earning a Master of Science in Foreign Service (MSFS) degree.

The new US ambassador speaks three languages — French, Swedish and Italian — in addition to some Hebrew, and he says he is working on his Arabic as well. Cohen is an avid runner and skier, as well as a former rugby and football player, according to the US embassy website. Cohen and his wife, Lidija Cohen, have two daughters.

Furthermore, Cohen has served in US embassies in Turkey, Iraq, and Sweden. Earlier in his career, he worked as a USAID coordinator and economic officer for the West Bank at the U.S. Consulate-General in Jerusalem, also serving as a consular/refugee affairs officer at the U.S. Embassy in Thailand.

Egypt's Defense Minister meets with US Under Secretary of Defense