The Egyptian Drug Authority announced that several 120 ml packages of the antiseptic solution Betadine circulating in the market have been found to be counterfeit, and has taken measures to recall it.


The original packaging of this product was produced by the Nile Company for Mundipharma, with the withdrawal of the product based on a request submitted by the production company.

The official spokesperson for the Egyptian Drug Authority Ali al-Ghamrawy said that the product is used as a disinfectant.

Citizens can differentiate between the counterfeit product and the original one through an information table published by the authority, he said.


He assured that Drug Authority will take all legal action against any pharmacies which do not abide by the deadline to dispose of the counterfeit drug. 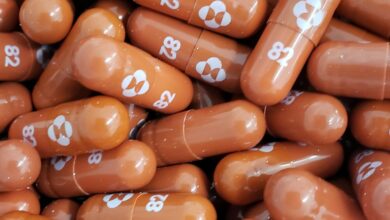 Molnupiravir antiviral drug to be provided in Egypt’s government pharmacies