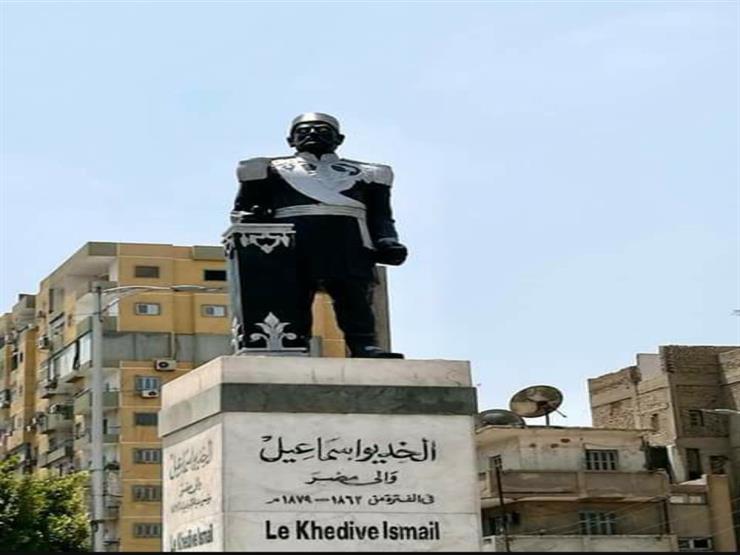 Egypt’s Culture Minister Enas Abdel Dayem on Monday established a committee of fine arts experts and members from the National Organization of Urban Harmony (NOUH) in the ministry to investigate the recent repainting of the Khedive Ismail statue, located at the intersection of Thalathini Street and Mohamed Ali Street in Ismailia governorate.

Dayem urged all parties to abide the Prime Minister’s decision to seek approval from the Culture Ministry before restoring and beautifying public squares, and that they were ready to act against any unauthorized restoration attempts.

Images spread across social media earlier this week showing the statue repainted with black and silver, which destroyed the original colors and historians.

Sameh al-Zahar, one of the most prominent Islamic archaeologists, said that presence of statues in squares and streets serves as an open museum to the public, citizens and foreigners alike, through which they may earn about the historical figures who played a prominent role in shaping the country and their lives, Zahar explained.

Zahar explained this unauthorized restoration of the Khedive Ismail statue is just the latest act of destruction and vandalism for Egypt’s public statues, pointing out that the governor had issued instructions to the head of the municipality to beautify the squares and streets,  which caused them repaint Ismail’s statue and permanently distort its original color.

He blamed the governor of Ismailia, accusing him of violating the Prime Minister’s decision to forbid the restoration of any public monuments or place any new ones in public squares without first consulting the Culture and Antiquities ministries.

Governorates banned from installing artworks in parks without ministry permission