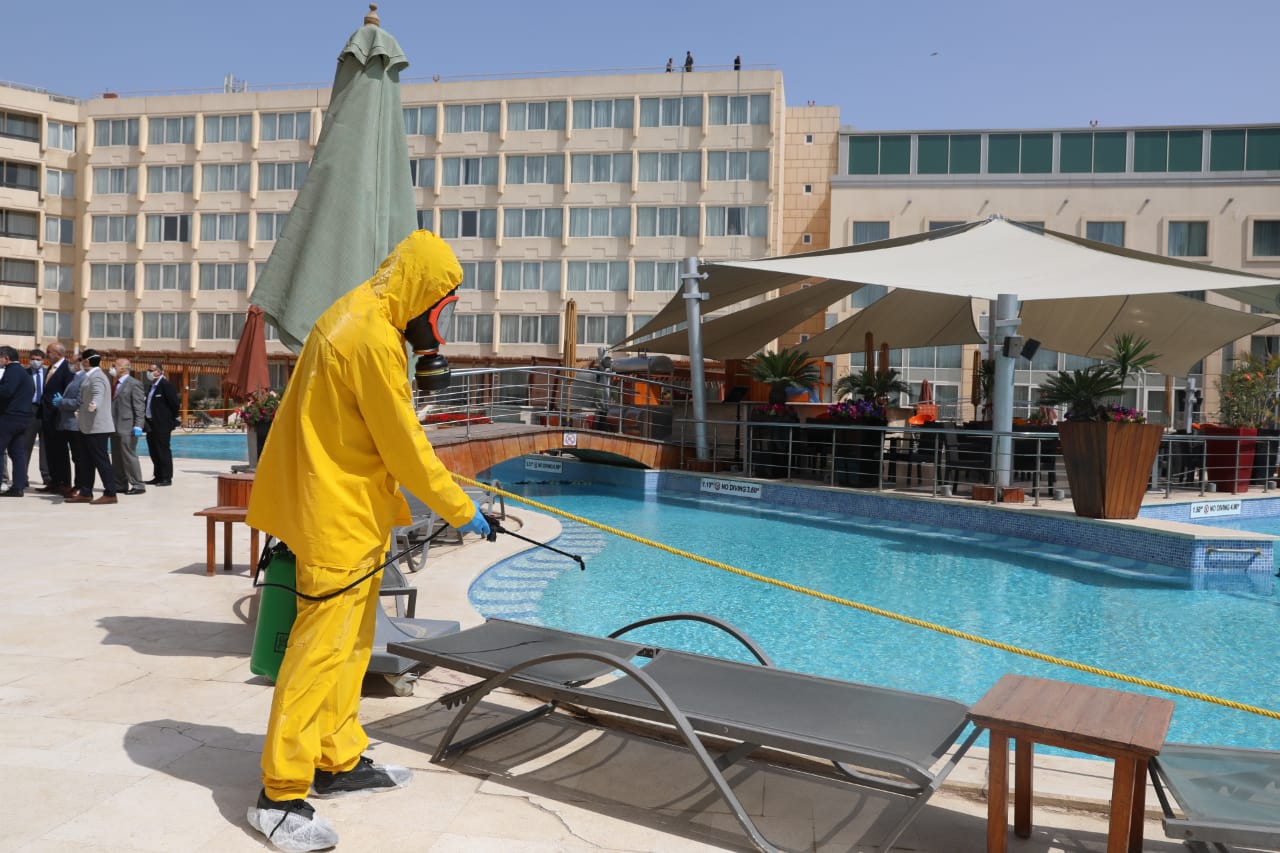 With Egypt the number of infections reached six cases per million citizens while deaths were at 0.4 per million people, with Zayed stating this indicates the nation’s situation is stable.

These newly infected cases are all Egyptian nationals who returned from abroad or were in contact with previously confirmed cases in Egypt, Health Ministry Spokesperson Khaled Megahed said, adding that seven cases left quarantine on Tuesday, bringing the total number of fully-recovered cases to 157 on Tuesday, all of whom have been discharged from isolation hospitals.

The Director of the Department of Communicable Diseases at the WHO Regional Office Evan Houten stated that the Egyptian government has been making great efforts to provide human and financial resources to contain the outbreak.

A team of WHO experts concluded its technical support mission on COVID-19 in Egypt on March 25.

“We still have an opportunity at these critical moments to combat the spread of disease more effectively before it progresses from the individual to the community level. We have agreed on multiple areas that can be strengthened and expanded, with an approach that includes the entire government and society as a whole,”  Houten said.

On March 24, Prime Minister Mostafa Madbouly imposed a two-week nationwide curfew from seven pm until six am beginning on Wednesday and extended school closures an additional two weeks to fight the spread of coronavirus.

Under the curfew announced on Tuesday, shops will be closed from five pm until six amduring the week, while stores will be subjected to a complete shutdown on Fridays and Saturdays.

Violators of the curfew face penalties ranging from a fine of LE4,000 to imprisonment.

Madbouly had issued a resolution on March 17 to reduce the number of employees in the public sector, instructing work from home whenever possible, while Egypt’s cabinet is currently mulling establishing a crisis management fund to support workers in the informal economy who have been impacted by the coronavirus and harsh measures to control its spread.

Egyptian doctor in the US dies of the coronavirus