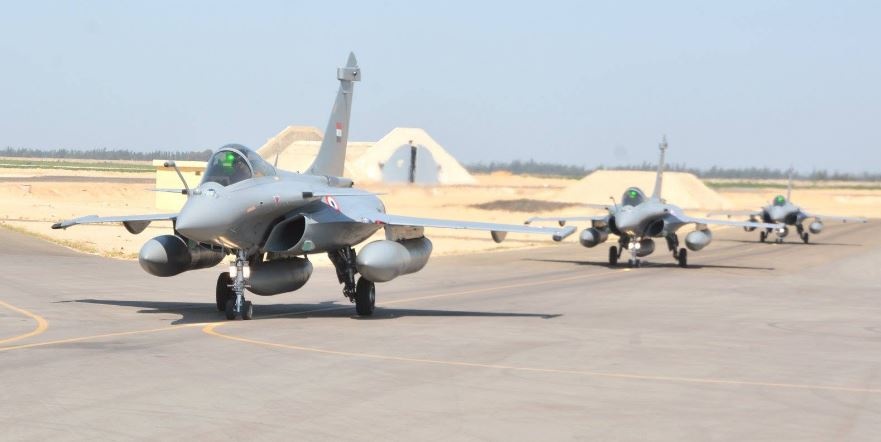 The Egyptian Armed Forces on Wednesday launched preemptive strikes on a group of terrorists near the Egypt-Libya border, destroying 21 4×4 vehicles carrying terrorists, arms, and ammunition, the Ministry of Defense said in statement.

A video clip posted on Twitter shows Egyptian Air Force planes carrying out airstrikes on Egypt’s border with Libya, targeting and destroying a terrorist convoy of more than 20 vehicles loaded with weapons and ammunition.

The military employed Egyptian Rafale fighter jets in the operation, which was described as preemptive.

Additionally, reconnaissance aircrafts were used to monitor the situation and document the attack.

An expert in the field of weapons said that the Egyptian Rafale aircraft was used for the first time in this operation, replacing the F-16 fighters which are often employed against ground targets.

The Egyptian Air Force also has Russian Mikoyan MiG-29M fighter jets in its arsenal, which are equipped with air-to-air and air-to-ground weapons. These jets have been used by the Air Force in joint operations in Sudan.