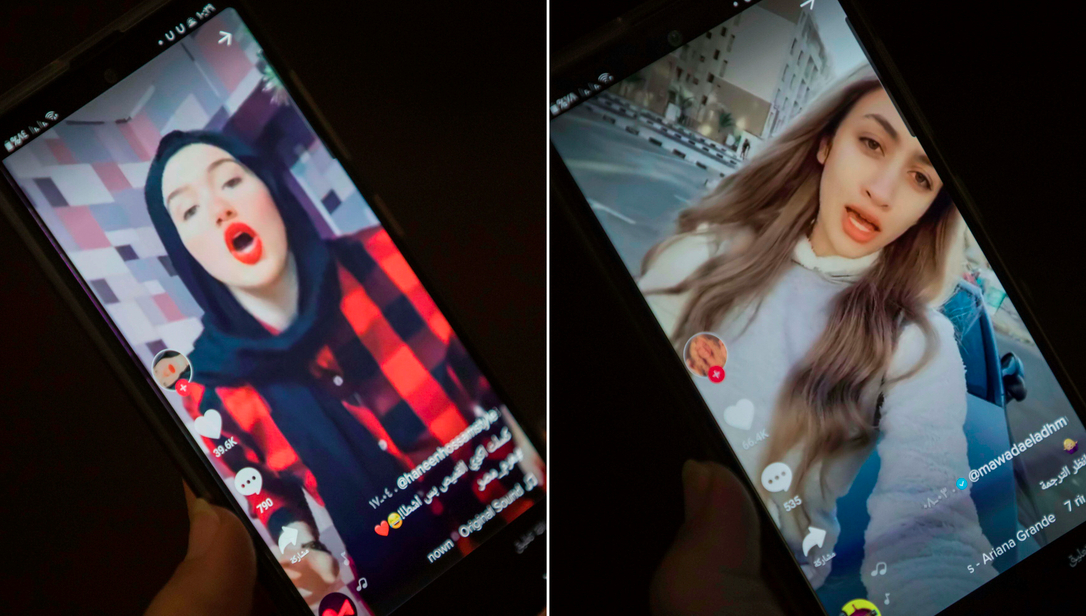 reported on Tuesday.
Haneen Hossam and Mawada Eladhm had been charged with “violating family values and principles and establishing and running online accounts to commit this crime.”
In July 2020, they were sentenced to two years in prison, and fined EGP 300,000 (around US$19,000 USD) each.
They and three others involved in the case have now been acquitted, Ahram Online said.
Mawada Eladhm, who is in her early 20s, had 3.1 million followers on TikTok and 1.6 million followers on Instagram, and gained fame for posting lip-syncing and dance videos.
“The charges are very vaguely worded,” her lawyer Ahmed Bahkiry told the BBC after the initial verdict was announced last year. “Prison cannot be a solution, even if some of her videos go against our social norms and traditions.”
Haneen Hossam, a university student in archaeology, had 1.2 million followers on TikTok, and was arrested a few days after she posted a video encouraging women to publish live videos and talk with strangers via short video sharing platform Likee.
She has denied the charges and said that her videos were been taken out of context.
Hossam’s lawyer Mahmmed Sammer told local media Youm7 that her mother fainted at news of the acquittal, while both Hossam and Eladhm shouted in joy.
Eladhm’s father, Fathy Rashad, told reporters after court that his daughter had been “devastated from oppression and sadness” and would need psychological treatment, Youm7 reported.
The other three defendants had been charged with helping one of the girls evade arrest, concealing evidence of the crime, and publishing materials to influence public opinion about the case. One was also charged with possessing illegal software to facilitate social media activity.