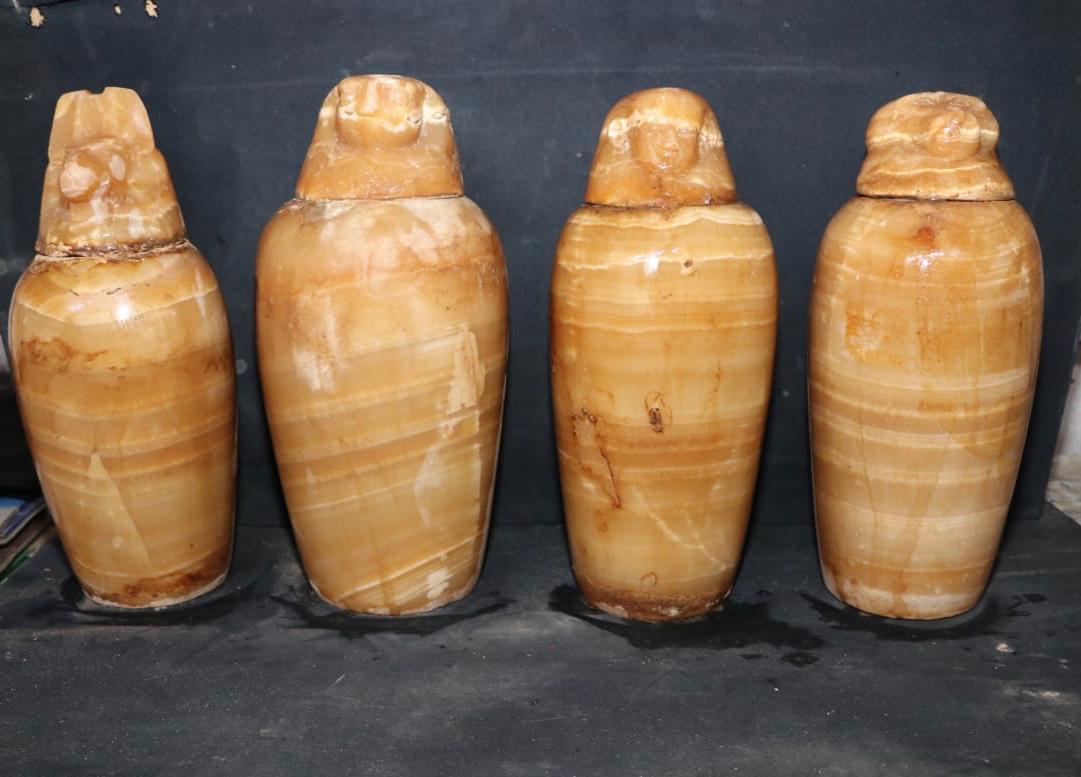 An Egyptian archaeological mission working in the ​​al-Ghuraifah area in Minya Governorate has uncovered the tomb of a royal treasury supervisor named “Badi Est”.

Stone statues and other archaeological findings within indicated that the tomb was well-preserved.

The tomb consists of a burial well that is ten meters deep, leading to a large room with niches engraved in the rock and closed with regular stone slabs, said the Secretary General of the Supreme Council of Antiquities and Head of the Mission Mostafa Waziry.

Inside were two stone statues, one for Apis the bull god and the other of a woman, he added. A canopic vessel was also found, made of alabaster in the form of the four sons of Horus.

On the vessel, the titles and names of the deceased were engraved, Waziry noted. He added that 400 blue and green Ushabti statues bearing the name of the deceased were also found, alongside six graves for his family members containing nearly a thousand faience statues and sets of utensils.