Facebook Twitter LinkedIn
A 23-year-old Egyptian student who was detained by the FBI for allegedly posting a death threat against US presidential candidate Donald Trump will be deported back to Egypt, the student's lawyer Hani S. Bushra’s office posted on his official Facebook account.
Emad El-Din Ali Mohamed Nasr El Sayed, a student at the Universal Air Academy (UAA) in Los Angeles, was reported to have disappeared on February 12, which led to his family and friends starting a Facebook hashtag ‪#‎Find_EmadElSayed in hopes of spreading the word about El Sayed's disappearance.
On February 18 they discovered that he was being held at Theo Lacy Jail in Orange Country for allegedly threatening Trump by sharing a Facebook post.
During a March 1 hearing, El Sayed's lawyer said the government presented documents that state the head of UAA is the one who reported El Sayed. Documents were also presented that stated the university had terminated his status as a student following the incident.
The lawyer presented documents stating the school's willingness to re-enroll El Sayed if he is clearedof all charges, but the judge argued that he currently has no valid “immigration status” and he should be deported from the country unless he is reinstated by the United States Citizenship and Immigration Services (USCIS).
“We then asked for a bond hearing to request that El Sayed be released by bond," according to the lawyer. "The government brought up the Facebook post again and argued that he is a danger to the community. We presented documents showing that he was not a danger to the community and El Sayed apologized for the post.”
After reviewing the post once more, the judge agreed with the government that El Sayed is considered a “threat” to the community and the bond hearing was denied.
“We have another hearing on March 4 to see if we can work out some kind of deal for El Sayed to be released in exchange for him to get some time to gather his stuff, get his affairs in order and leave the country,” Bushra’s office said.
Describing the events that unfolded that led to the student's arrest, Bushra's office said “El Sayed was detained by immigration officials because of a Facebook about Trump. He was interviewed and his property searched by federal agents. These agents then tried to pressure the US Attorney to file a federal case classifying his post as a terrorist threat, but the US Attorney declined to file such case. The same agents then requested that ICE (immigration) agents revoke his student visa.”

El Sayed's family is not satisfied with the process the student has been pushed through and have defended his right to free speech.

“Land of the free? Rights denied? What's the crime?” Ohoud El Sayed, the student’s sister, posted on her Facebook.
Ohoud posted a statement on her Facebook account on February 23 that narrated El Sayed’s story. She says he was held "captive" by the FBI, who refused to authorize a lawyer for him and guarantee his rights for a proper trial.
“He then was sent to an undisclosed location with no way to reach out to the world. Supposedly the USA is the land of the free,” Ohoud commented sarcasticaly.
After several attempts to locate El Sayed, his family was told the FBI would not release him unless he signed an undisclosed document. The Egyptian consulate in the United States assured that El Sayed should sign the paper.
“My best guess is that it was a waiver of his rights, his visa, or even worse, a confession to any crime. But we found out that Emad refused to sign it,” Ohoud said.
Ohoud claimed that the charges of the "post" were dropped, but the officer that arrested him filed a case to cancel El Sayed’s visa, which has been provided by the UAA. “Apparently the officer was a redneck and refused to let him go,” claimed Ohoud.
The family, which is currently in Egypt, finally authorized a lawyer to handle the case who told El Sayed to sign the document or to let the Egyptian consulate intervene.
Tags
Donald's trump Emad El-Sayed U.S UAA 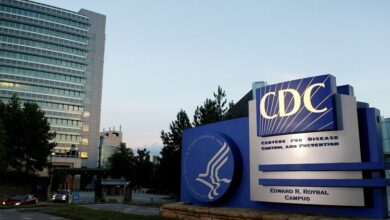