This year’s conference will be held at Cairo Marriott Hotel, Zamalek, under the slogan “2019: opportunities and challenges”.

Egypt’s fifth annual CEOs Thoughts conference, organized by Al-Mal GTM, will feature speeches by Minister of Transport Hesham Arafat, Head of Egyptian Exchange Dr. Mohamed Farid, and CEO of the General Authority for Investment and Free Zones (GAF) Mohsen Adel, to the participation of 500 attendees from CEOs, to bank chairmen and businessmen.

The conference’s first day will be opened by Minister of Investment and International Cooperation Dr. Sahar Nasr, and Minister of Trade and Industry Amr Nassar.

Its second day will be opened by the aforementioned Transport Minister Arafat, and Minister of Finance Dr. Mohamed Maeet. 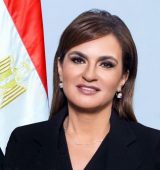 Following ministers’ speeches on the second day, Egyptian Exchange Head Dr. Farid will speak about the current status of the capital market and his expectations for 2019. Investment Authority CEO Adel will take part in the closing session of the conference, with the participation of industrialists and investors.

Under the slogan “2019: opportunities and challenges”, this year’s conference will be held at Cairo Marriott Hotel. Its 6 sessions (3 per day) will examine investing prospects in the capital market, the banking sector, consumer financing, the Suez Canal Economic Zone (SCZONE), real estate, manufacturing and trade. The conference will convene ministers from the Cabinet Economic Group, and business leaders.

Ultimately, the conference aims to bring together senior executives of privately-owned companies, to present their expectations for the performance of the economy and various sectors in 2019, as well as policies and strategies adopted in their businesses, projected challenges, and impediments.

Finally, the conference will unveil the fifth annual report on the Confidence Index of CEOs, issued by the economic daily Al-Mal each year. It will demonstrate the private sector’s vision for macroeconomic performance and key sectors, from services, to construction, agriculture, healthcare, transport, and manufacturing.

The highest growth rates among the sectors included the gas sector by 21.8 percent, the telecommunication sector by 16.5 percent, Suez Canal 12.3 percent, and construction by 6 percent.

As part of the reforms, Egypt promoted free zones and devalued its pound currency, which led to skyrocketing prices for basic consumer goods such as sugar, bread and oil. Still, positive indicators remain for investment and GDP growth.