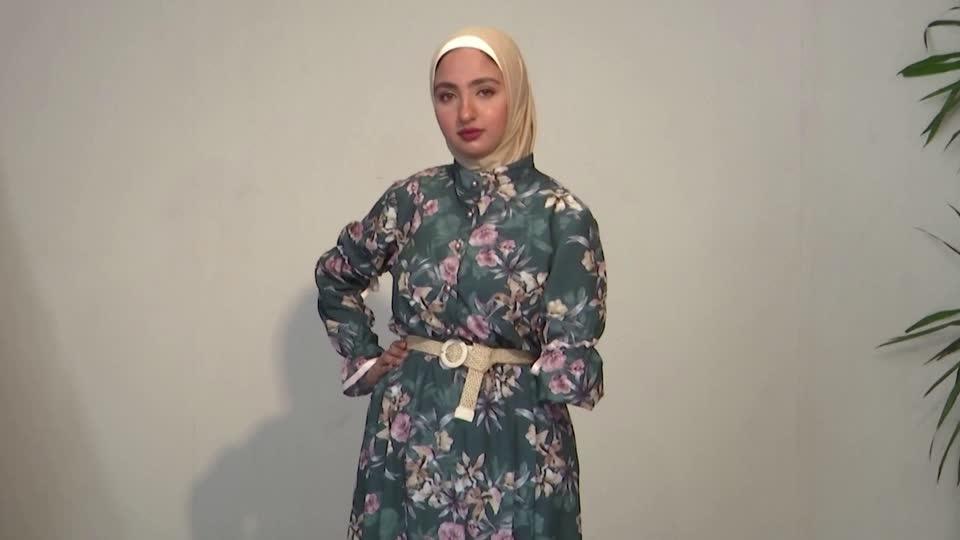 CAIRO (Reuters) – When Ashgan al-Abhar’s wheelchair-using friend said she dreamed of wearing a dress that did not obstruct her mobility, she decided to launch a clothing brand for people with disabilities and those of short stature.

Earlier this year she started “Metfasal Leek” – Arabic for “Tailored for you” – a clothing line that she says is the first of its kind in Egypt.

Al-Abhar, 43, said after working with various companies on ways to cater for people with disabilities, she had noticed that they were not being served by clothing manufacturers.

“People with short stature would struggle to find their sizes in the market,” she said.

She is using volunteers to test the clothes, giving them free samples, ahead of a planned commercial launch.

One volunteer, Ziad Hamdy, struggles with a disability that prevents him from using his hands and fingers easily.

“I couldn’t button up my shirt, buckle my trousers,” he said. Hamdy now has hook-and-loop fasteners instead of buttons, which he says save him a lot of time and effort.

Al-Abhar hopes the initiative will help change views about people with disabilities and persuade the public “to stop associating them with charity”.

“It makes us feel we are like everyone else,” said volunteer Hanan Fouad.