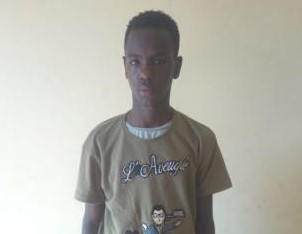 The Imbaba Misdemeanor Court in Giza issued Egypt’s first ever verdict in a bullying case on Sunday, with two defendants sentenced to two years imprisonment and a fine of LE100,00 for their involvement in racist bullying.

The bullies uploaded a video of the incident showing them throwing stones at Mohamed and jeering “You, black boy, walk away.”

After the incident, the Egyptian Cabinet announced introducing a new article to the Penal Code to try those accused of bullying and adopted a legal definition for bullying.

The article defines bullying as a display of power or control by the offender and the exploitation of a weakness or condition that offends the victim, alongside gender, religion, race, physical shape, health, mental or social status.

The exploitation of all of the above with the intent to intimidate, ridicule, despise or exclude from the social environment is defined as bullying and punishable by imprisonment for a period of no less than six months, and a fine of no less than LE 10,000, and no more than LE30,000, or one of these two penalties.

After his money and bag were taken, Mohamed returned home covered in wounds.

“I’m tired, I want to die,” he lamented, adding he had done nothing to warrant the attack and had just been walking down a street.

“I was returning home from a lesson and went to buy things from the supermarket for my mother, when suddenly they attacked and mocked me,” he explained during an interview with Al-Masry Al-Youm shortly after the incident.

Egypt launched in 2018 its first national campaign to tackle bullying among school students, with the cooperation of the United Nations Children’s Fund (UNICEF).

The campaign calls on young people in Egypt to post the hashtag #IAmAgainstBullying, and share their own experiences and vision to confront the phenomenon.