ِA number of nutrition experts urged the Egyptian government to facilitate the importation of meat from Sudan and Nile Basin states to counterbalance surging local prices. Sudanese officials stressed the need to eliminate barriers facing exports to Egypt, warning of threats to Egypt’s food security due to what they describe as "bureaucratic practices."

Former advisor to the minister of agriculture, Emile Iskandar, said the government has contracted for the import of a large amount of meat from Sudan to curb local price rises, but at the same time expressed his concern that "greedy" traders who manipulate imports might raise prices further with the advent of the Muslim feast of Greater Bairam. Iskander called upon the government to adopt mechanisms to help control the market.

Iskandar also said, in an interview with Al-Masry Al-Youm, that Sudan has been trying recently to increase its number of operational abattoirs in a bid to drive up the quantity of meat exported to Egypt. He pointed out that Sudan possesses 200 million heads of livestock, compared to only 3.3 million in Egypt.

Iskander suggested that Egypt engage with Nile Basin countries to implement agricultural and industrial undertakings with the aim of meeting Egypt’s demand for meat. He added that he has offered the Egyptian government a plan to transport cooled meat imports from Sudan by ship rather than by plane, which he said would take only 28 days and cost 30 percent less.

ِIn the same context, Citizens Against Price Rises, a society defending consumers’ rights, announced the offer of large amounts of meat following a deal it reached with Sudanese government officials in the wake of a visit by a society delegation to Sudan. Mahmoud al-Asqalany, the society’s head, warned against what he called the “meat mafia,” which attempts to intercept meat imports. He said that Egyptians eat the worst kinds of meat for the highest price.

On the other hand al-Amir Jaafar, a senior official at Sudan’s Ministry of Animal Wealth and Fisheries, said one of the biggest impediments facing meat exports is the high cost of air transportation of goods. He added that Sudan’s government is currently encouraging investment and joint production between Sudan and Egypt.

Meanwhile Suleiman Gaber, head of Sudan’s general administration for quarantines, warned that Egypt’s food security is under threat given the different hormones and chemicals used for fattening livestock.

Sudan’s Minister for Animal Resources and Fisheries, Mohamed al-Sheikh al-Berry, stressed the high quality of Sudanese meat, describing it as healthy and hormone-free. 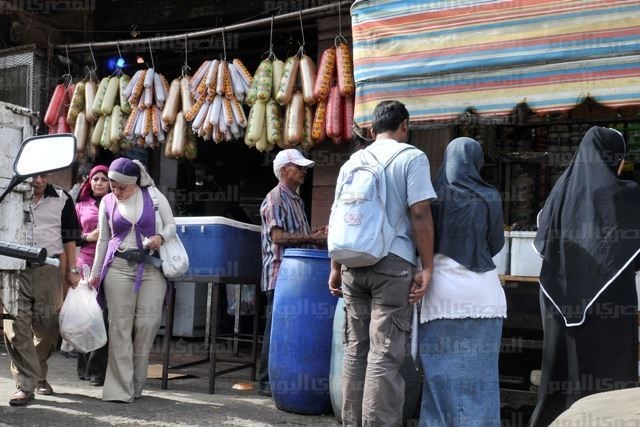