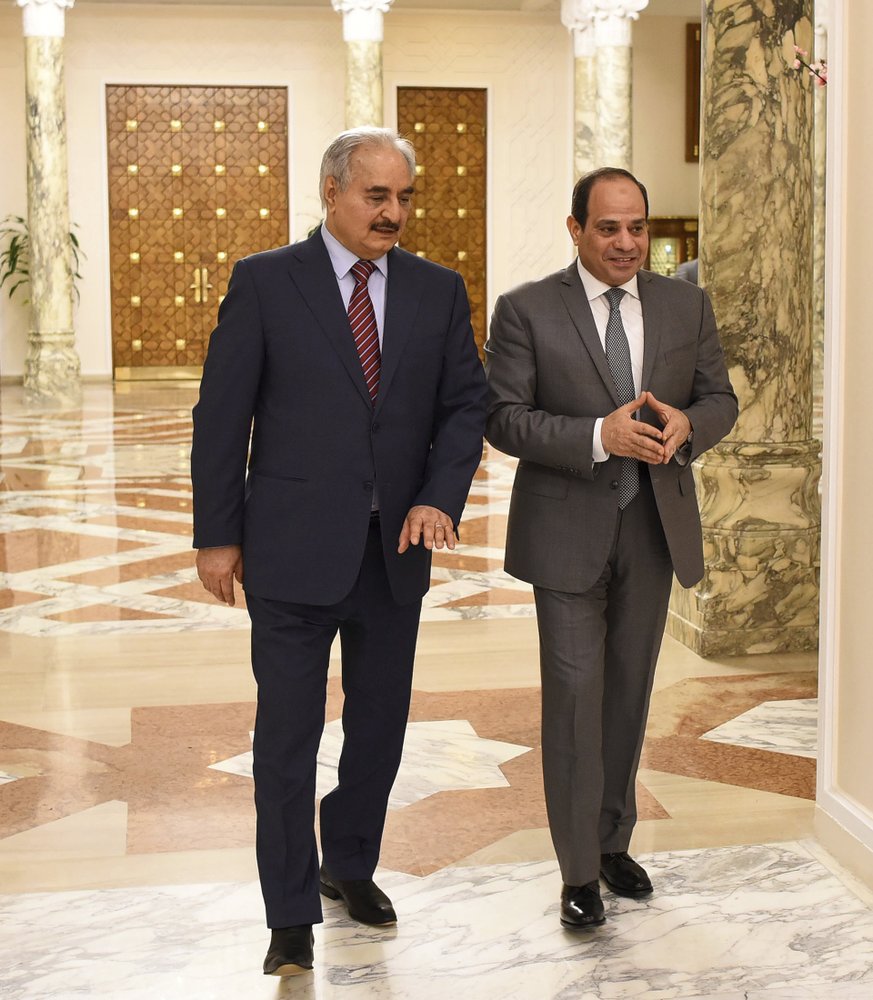 Egypt’s Foreign Ministry said on Monday that Cairo is set to host a meeting on Wednesday with the foreign ministers of France, Italy, Greece and Cyprus to discuss ongoing developments in the Libyan crisis, amid heightened tensions over Turkey’s decision to deploy military forces to the war-torn country.

A statement from the Foreign Ministry said that the meeting aims to push efforts to reach a comprehensive settlement addressing all aspects of the crisis in Libya, in addition to discussing the overall situation in the eastern Mediterranean.

Egypt’s Foreign Minister Sameh Shoukry met on Monday with his Saudi counterpart, Prince Faisal bin Farhan Al Saud, to discuss escalating tensions in Libya, in light of the mandate recently granted by the Turkish Parliament to deploy Turkish forces to the war-torn country. During the meeting, the two ministers stressed their rejection of what they called the Turkish escalation in Libya’s ongoing conflict, calling the move a violation of international law.

Turkish President Recep Tayyip Erdogan announced on Sunday evening that he was beginning the deployment of Turkish army units to Libya, under the pretext of supporting the militias allied to the Libyan Government of National Accord in Tripoli, which are currently fighting off an offensive by Khalifa Haftar’s Libyan National Army.

Also on Sunday evening, Erdogan discussed the situation in Libya with German Chancellor Angela Merkel, in the context of preparations for a summit meeting of parties concerned with Libyan affairs in Berlin.

Libyan media and Saudi Arabia’s Al-Arabiya channel reported that fighters of different nationalities have arrived in Tripoli from Syria per Turkish request, as well as intelligence elements from the Turkish army, who will prepare to receive the coming Turkish forces.

Meanwhile, the head of the Defense and National Security Committee in the Libyan parliament, Talal al-Mihoub, told Sputnik: “Any Turkish interests anywhere will be among the targets of the armed forces and the sons of Libya who resist the colonial project.”

The Russian Interfax news agency also reported that Russian President Vladimir Putin will discuss the situation in Libya and the Middle East crisis with the German Chancellor during her visit to Moscow on Saturday.

Egypt has warned that any Turkish military intervention in Libya would threaten the stability of the Mediterranean region, and on December 31, the Arab League rejected what it called “foreign interference” in Libyan affairs during an Arab League Council meeting called by Egypt.

Erdogan has said that attempts to marginalize Turkey’s role in the Mediterranean have failed, pointing to recent steps taken by Ankara to shore up its influence in the region.

In November, Sarraj and Erdogan signed two memorandums of understanding that sparked new tensions in the Mediterranean. The agreements discuss contentious maritime boundaries in the Mediterranean Sea and aim to boost security and military cooperation between the two countries, a move that Egypt and Greece have rejected.

At least 28 dead in raid on Tripoli military school: ministry