The number of women in Egypt's Jewish community shrank to just six on Friday, when the death of Lucy Saul was announced by the community leader on social media.

Magda Tania, Head of the Jewish community in Egypt, announced the loss of the cherished member of the petering community saying, "I will miss you Lucy. We have become just six women.”

“Everybody knew Lucy and her love and interest in the field of cinema," read Tania's statement. "She was determined to attend film festivals and exhibitions of the visual arts”. Tania also celebrated Lucy's insatiable appetite for learning, having been known to speak Arabic, French, English, and Italian fluently.

The Jews in Egypt, once a thriving community of 80,000, has been diminished over the years to just a handful of elderly women, reported the New York Times in 2013. While there is no official count for the number of Jews living in Egypt today, in an interview with CBC's talk show Sahibet Al-Saada in September 2014, Tania said the number of community members then stood at 13.

Great swathes of the community left Egypt in the years following the fall of the monarchy, when the country entered into a series of wars with Israel and President Gamel Abdel Nasser began a policy of expulsion. By the end of the 6th October War in 1973, wrote the New York Times, the community had been reduced to just a couple of hundred people.

The community has fought hard over the years to defend the remnants of Egypt's rich Jewish heritage. Though depleted in numbers and dwindling with age, the community has proved itself a force to be reckoned with over the years. The late president of the Jewish Community Council of Cairo, Carmen Weinstein, had many iconic Egyptian-Jewish monuments restored, and successfully fended off the attempts of an American Jewish group backed by congress to transfer a number of artifacts to the US during the 1990's, the New York Times wrote following her death three years ago.

Though the odds are against them, the community continues to uphold its heritage, fiercely proud representatives of Jewish Egyptian history.

Lucy Saul's funeral will be held on Sunday at 10 a.m.

Egypt to register Torah scrolls, other synagogue relics as antiquities 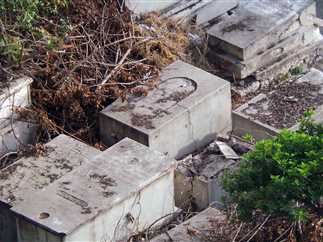 Three Jewish cemeteries to be recorded as antiquities