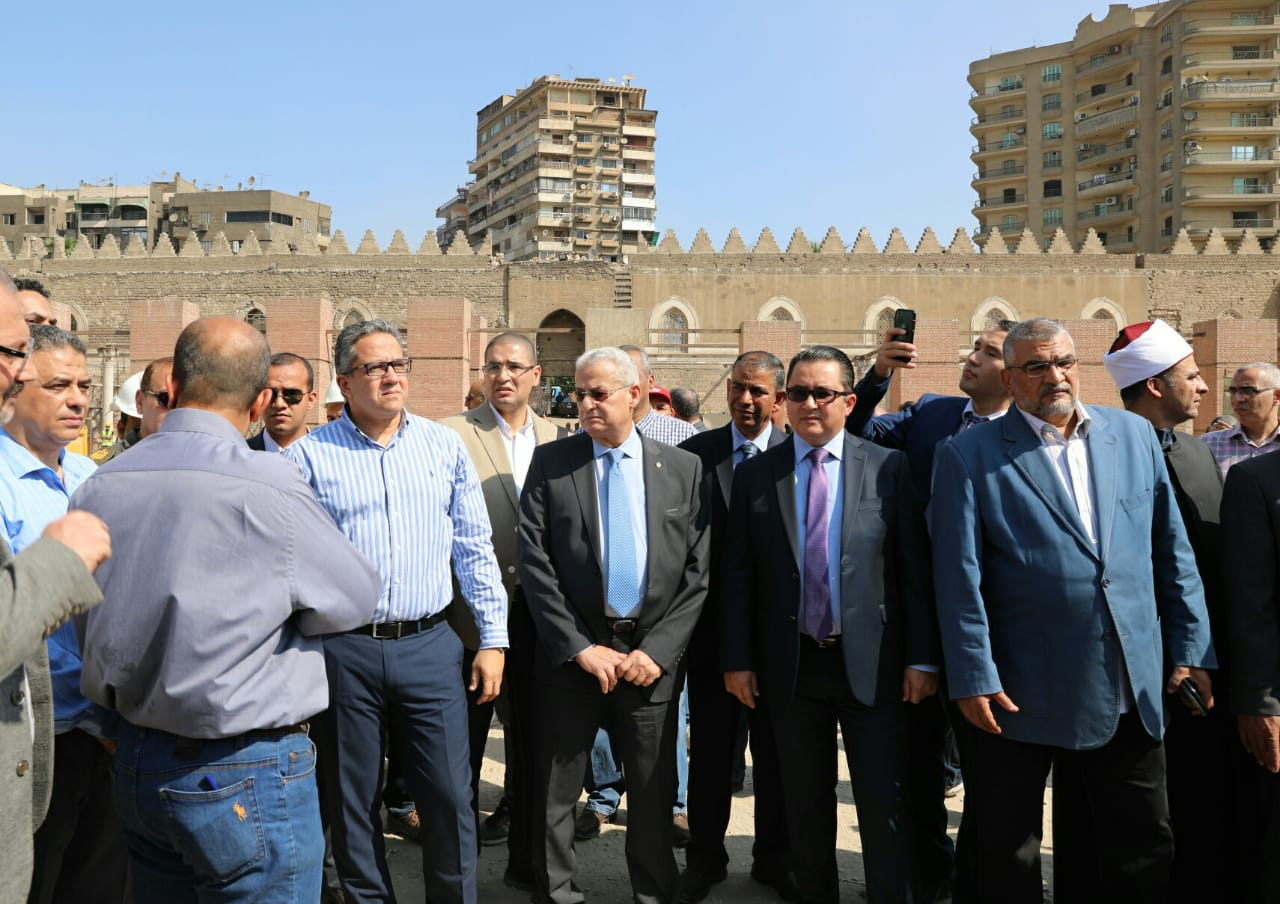 The restoration project of Al-Zaher Baybars, which resumed after being halted in 2011 due to post-revolution financial difficulties, was inspected by Minister of Antiquities Khaled Anany yesterday.

During his inspection tour, Anany told press that the ministry was interested in continuing this project without further halts, and that a priority was not to interfere with the mosque’s original design.

Anany was accompanied by Head of Cairo’s Historical Area Mohamed Abdel Aziz, who told press that works are currently underway to remove any extra weeds around the mosque and restore its fittings, while removing all the extra underground water in the area.

In addition, the mosque’s Qibla Iowan (which signifies where Muslims are to look while praying) will be renewed, and all of the mosque’s stones found in poor condition will be replaced. Finally, the entire mosque will receive a new lighting system.

Al-Zahir Baybars mosque was established in 665 Hijri and completed by 667. Bayabrs, nicknamed “Abu Al-Fotouh”, was Egypt’s then-ruler and the Mamluk era’s fourth sultan. Yet, many consider Baybars to be the true founder of the Mamluk period in Egypt.

The mosque lies on an area of 103X106 meters. Before restoration, only its outer walls and corridors could be viewed. Still, some of the mosque’s bricks kept their artistic work, such as carvings.

Attemptes to restore the mosque stretch as far back as 1893, when its deterioration attracted the concern of the Conservation Committee for the Arab Art Monuments.