Facebook Twitter LinkedIn
The wheels are in motion for the making of a multi-million dollar, international star-studded Egyptian film about the life of the biblical figure of Jesus Christ, which has spent several years in the pipelines.
Producer Mohamed Ashoub and director Ahmed Maher have begun the casting process for the film, to be entitled, “Christ”.
Ashoub said that they have been granted the Church’s approval, and that the late Coptic Pope Shenouda III, Patriarch of the Saint Mark Episcopate, had read and approved the script before his death.
Ashoub said that getting the Church’s approval was the most critical part of the production process. If, however, they face obstacles later down the line shooting it in Egypt, they will move production to Jordan, where permission has already been given for the film to be shot.
It is set to be an international blockbuster, with a budget of around US$140 million and a cast of acclaimed actors from around the world.
The project is being funded by sources both from within the Arab World and outside, Ashoub told al-Masry al-Youm.
A talented actor from Egypt's Church Theatre, a large Christian drama company, will be chosen to play the role of Christ in the film, and director Ahmed Maher will be holding auditions to choose the actor he deems best for the role.
Italian actress Monica Bellucci and Scottish actor Sean Connery are rumored to be part of the cast also. Maher is currently in talks with both regarding roles.
“The film will have both touristic and religious undertones. What matters to me is that the film does not offend the Church and that my depiction of Christ is wholly approved by them. I think the script fulfils these requirements, seeing as Pope Shenouda has already endorsed it. He even intended to write an opener for the film, but unfortunately was unable to do so before his death.
"I consider this work the masterpiece of late screenwriter Fayez Ghaly, who prior to writing this script has written many great plots for the big screen over the years — films like, 'Al Embrator', starring the late Ahmed Zaki and, 'The Road to Ilat,' which was directed by Inaam Mohamed Ali," Ashoub said.
Skeptics might think it unlikely that the directors will be able to secure the likes of Connery and Bellucci for the film, but Maher could prove them wrong. Having spent several years at the Egyptian Academy of Art in Rome, the director made a great deal of connections with Italian stars. Monica Bellucci became a close friend of his during that time. The involvement of such world class talent would raise the film to a different level, asserted Maher.
Edited translation from Al-Masry Al-Youm
Tags
blockbuster Coptic Christians Egyptian filmmakers film industry Jesus Christ Pope Shenouda III 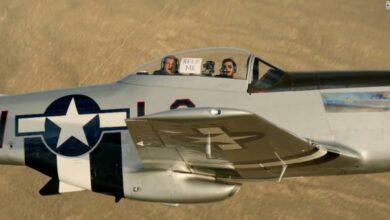