One of the sources said the man, named as 36 year-old Sagi Meir Fakhouri, was seized while crossing the border south of Rafah crossing.

Fakhouri, according to the source, claimed that he lost his way and crossed the border unintentionally from a hole in the barbed wire.

Egyptian authorities will further investigate the reason for his entering with Israeli authorities, the source added.

The Israeli embassy in Cairo said it was looking into the report.

On 14 March, Egypt held an Israeli journalist for a week after he entered the country and tried to track the movement of African migrants seeking work or asylum in Israel.

Yotam Feldman, 30, said at the time that he was making a report for Israel’s Channel 10 television on illegal immigration.

Egyptian authorities, however, often acts sensitively–and, at times, aggressively—to attempts to illegally cross its borders with both Israel and the adjacent Gaza Strip.

In February 2009, Magdy Hussein, head of Egypt’s frozen Islamist Labor Party, was sentenced to two years in jail by an Egyptian military court for illegally crossing into the territory during the Israeli assault on the Strip.

As Israel bans Palestinian flags, one artist protests with his brush 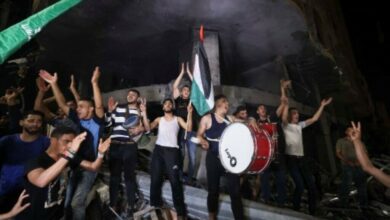