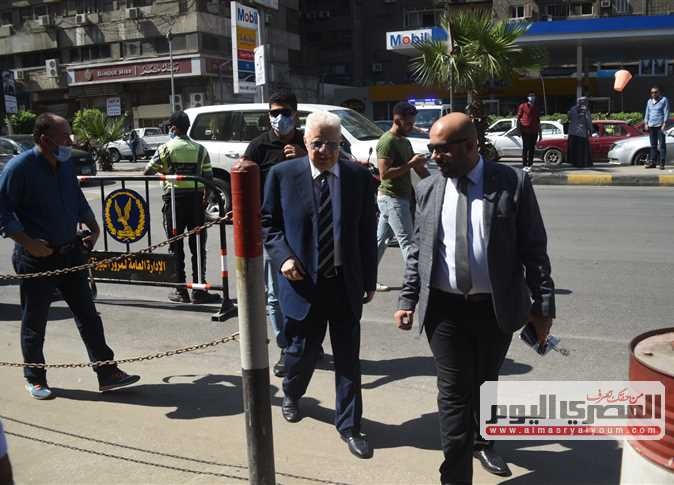 The Administrative Court of the State Council started hearings on Sunday into an appeal filed by the President of Zamalek Club Mortada Mansour against a decision by the Egyptian Olympic Committee to suspend him for four years with an LE100,000 fine.

Mansour attended the first session of the court hearings along with parliament member Salah Hasab-Allah, the spokesperson for the House of Representatives, as Mansour is also a member of the parliament.

Mansour denied the incidents upon which the Olympic committee issued its decision.

He added that the Olympic Committee’s bylaw does not contain a text to punish club presidents. He stressed that no penalties may be imposed on him because he enjoys the immunity of the Parliament.

The argument prompted the judge to recess the session until he restored discipline to the hall.

The court decided to adjourn the trial until November 1.

Mansour filed the lawsuit with the court last week demanding the suspension of the Egyptian Olympic Committee’s decision obliging the club’s management to call for a general assembly to elect a new club president to replace Mansour.

The Egyptian Olympic Committee said earlier this month that its decision entails not approving Mansour’s representation of the Zamalek Sports Club’s affairs at the judiciary, nor can he assume presidency of any meetings or general assemblies for the suspension’s duration.

His signature will also no longer be counted for any procedure or correspondence regarding the Zamalek club, especially regarding financial issues or authorization thereof.

The committee also decided to file a case with the Public Prosecution regarding incidents noted in the committee’s investigations – which constitute a criminal offense – in order to take the due procedures.

And it has further tapped the Supreme Council for Media Regulation to take action against the Zamalek satellite channel over broadcasting offensive discourse that violates the Media Honor Charter.

These violations are a flagrant breach of the Egyptian constitution and international laws and charters and demolishes sporting values, the committee added.

Tensions between Al-Ahly and Zamalek club leaders had reached a high when, back in October 2019 the Al-Ahly Sporting Club addressed the Chief of the Presidential Staff, the Public Prosecutor, the Prime Minister, the Speaker of the House of Representatives, and the Interior Minister, calling on them to intervene to deter Zamalek president Mortada Mansour from “spreading lies” and defaming the family of Mahmoud al-Khatib, chairman of Ahly.

In a statement published on its official page on Facebook, Ahly said that its administration and fans have “reached their limit” regarding the offenses of the President of Zamalek.

Ahly said in a statement that Mansour is now defaming families and spreading lies through phone-ins with satellite channels.