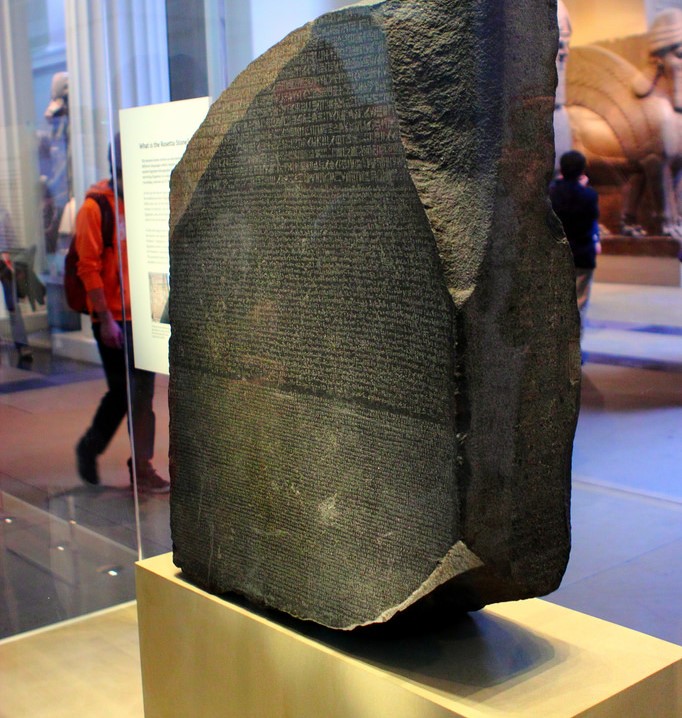 Yesterday, Egypt renewed its request for the British Museum to return the prized Rosetta stone to its country of origin.

In an interview with the Evening Standard, director of the new Grand Egyptian Museum (GEM) Tarek Tawfik said he was engaged in a “vivid discussion” regarding the return of the stone, which had allowed 19th-century scholars to understand and translate Egyptian hieroglyphs for the first time in modern history.

“It would be great to have the Rosetta Stone back in Egypt, but this is something that will still need a lot of discussion and cooperation.”

The British Museum, which hosts the stone as its most valuable possession, has long been reluctant to return it. A spokesperson from the museum recently claimed, “We have not received a request for the return of the Rosetta Stone from GEM.”

Instead, she continued, Tawfik and British Museum director Hartwig Fischer had visited GEM last April, when Dr. Tawfik proposed virtual reality technology to allow visitors of the GEM to view the stone without requiring its presence. She quoted Dr. Tawfik as saying it was “a way of co-operation and means of complementing each other between the museums”.

Rediscovered during Napoleon’s 1798 campaign to Egypt, the stone acquired its name from its location near the Egyptian City of “Rashid”, known in the west as “Rosetta”.

It was transferred to British possession following France’s defeat against the Brits and Ottomans in 1801, and finally, held in the British Museum since June 1802.

A single message by King Ptolemy V, engraved in three different languages (Ancient Greek, Demotic and hieroglyphs) allowed scholars of the 1800s to finally translate and understand the hieroglyphic language.

The artefact became a point of contention between Egypt and its host country ever since.

The first official request for Britain to return the stone came in 2003, by Egypt’s then-Chief of the Supreme Council of Antiquities Zahi Hawas, who described the stone as an “icon of our Egyptian identity.”

Two years later, Hawas renewed his request, but to no avail.

Britain’s first response was to present Egypt with a replica of the stone. Hawas instead suggested in 2005 that Britain loan the stone to Egypt for three months, to which Britain refused.

In 2009, Hawas renewed his request for a three-month loan, promising to drop all requests for the permanent return of the stone if Britain lent the stone to Egypt for just three months, for the opening of Giza’s Grand Egyptian Museum in 2013. Once again, Britain refused.