The Education Ministry has reconsidered the newly-developed high school history curriculum in which information about the January 25 and June 30 revolutions are omitted.

Consequently, information about the January 25 and June 30 revolutions will remain in high school books, according to head of the Ministry’s Public Education Sector Reda Hegazy.

High school students will study the same history curriculum provided last year, which was initially created in the 1980s and has been updated several times in recent years.

The decision of the Ministry of Education to delete the January 25 and June 30 revolutions from history books caused great controversy within the ministry, as some considered it politicization of curricula.

Gamal Shakra, a member of the Committee on the Modification of the History Curriculum, said that the new book, currently suspended, includes information about the First and Second World Wars, colonialism in Africa & Asia and Zionism. As for Egyptian history, the book covers the October 1973 war with Israel.

Shakra cited the lack of historical documents and testimonies by the Supreme Council of Armed Forces, the Cabinet, and other state authorities as the reason behind the Committee’s decision to omit information about the two recent revolutions.

Mohamed Afifi, a professor of history at Cairo University, said that the decision was a big mistake, as the two revolutions represent the legitimacy of the current ruling regime.

“The elimination of the two revolutions from the curriculum is an unrealistic idea and one that follows unacceptable logic,” he added. 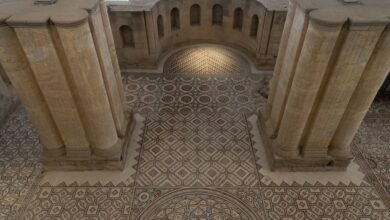