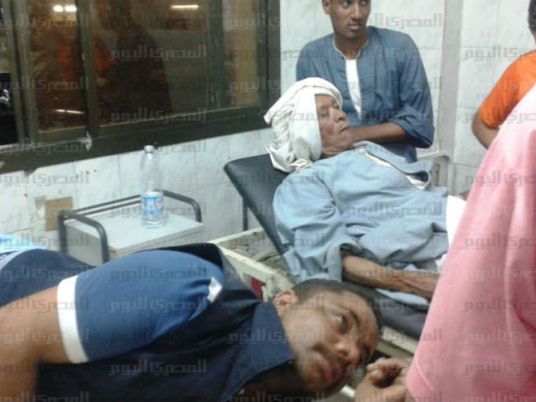 Prime Minister Ibrahim Mehleb was shocked at he state of Egypt's deteriorating health care system during his recent visit to local public hospitals, highlighting an on-going issue of funding neglect.
The Egyptian Center for Economic and Social Rights (ECESR) published a factsheet showing public spending on the health sector in Egypt is "incredibly low" compared to countries which have the same GDP per capita.
The paper explained that the expenditures on health sector reached LE42.4 billion which represents 5.37 percent of the entire public spending according to the general budget approved for the year 2014/2015.
The paper states that there is a remarkable variation in the distribution of public spending on health throughout the state’s provinces, explaining that the average health expenditure per capita in South Sinai Governorate is LE1248 compared to LE158 in the Giza Governorate.
In the 2014 Egyptian Constitution, one of the main articles stated is that the government is obliged to increase speeding on the health sector to a maximum 3 percent of the GDP, “which until this moment is very far from reality”, according to ECESR, as government expenditures on health ranged between 1.6 percent and 1.7 percent of GDP in 2013/2014 and 2014/2015.
Moreover, the paper shed light on the “average number” of beds in hospitals for each 10,000 Egyptians which fell in 2013, reaching 14.88 beds compared to 15.56 in 2012.
“It was crystal clear that the number of beds was varied in each province in Egypt; as for instance Cairo accommodates the highest number of beds with 33.88 in 2013 for each 10,000 citizens, while Qena governorate recorded the least number of beds reached 5.10 for each 10,000 citizens,” the paper said.
Moreover, according to the latest budget approved, around 62.76 percent of it should be specified for the wages and compensations of health workers,” however, they remain deprived of the right to fair remuneration,” the paper read.
The privatization of health sector increasingly continues due to many woes in health sector including lower public spending, poor coverage of health insurance and the deteriorating quality of health services provided by hospitals and public health units.
Purchasing medication has become a heavy burden carried on the shoulders of most Egyptian families who annually spend more money on medication than they do on education. Meanwhile, medications eats up more than 50 percent of Egypt's national spending on health.
The problem has drawn international attention when in early 2015, the World Bank gave the Egyptian government a $275 million loan to provide better health care to the Egyptian families in the next five years.