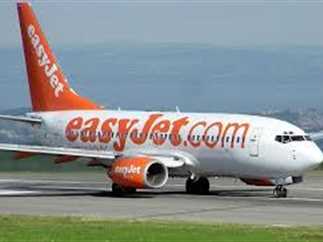 Low-cost airline EasyJet announced that it would resume flights between the UK and Egypt’s Sharm el-Sheikh in June, after a hiatus of nearly five years.

EasyJet said it will operate two weekly flights from Manchester to Sharm el-Sheikh beginning in June, and from September it will begin operating two flights from Gatwick in London to the resort city.

Last October, the British government canceled a travel ban to Sharm el-Sheikh airport that had been in effect since 2015, when a Russian passenger plane crashed in the Sinai Peninsula shortly after take-off, killing all 224 people on board.

On December 19, the first UK flight to Sharm el-Sheikh since the 2015 ban landed at Sharm El-Sheikh International airport.

The UK was once a leading market for the Red Sea resort Sharm el-Sheikh. However, the country only recorded a 4 percent increase in arrivals between 2017 and 2018 due to the flight ban, according to a report by the Arabian Travel Market (ATM).

On January 11, Egypt’s Minister of Tourism and Antiquities Khaled al-Anany announced that the ministry is set to roll out a new program called “Come to Egypt”, which will establish new flight routes linking the Red Sea resort towns of Hurghada and Sharm el-Sheikh with Luxor, houses the Karnak Temple, the Valley of the Kings, and other ancient monuments.

Bloomberg highlights Cairo, GEM in “Where to Go in 2020” list

Egypt is number one 'off-the-beaten-path' destination for Americans in 2020: USTOA