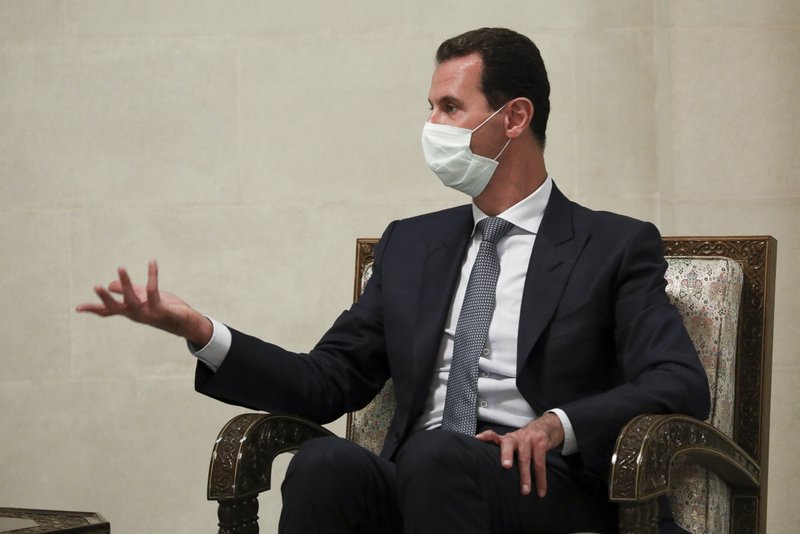 THE HAGUE, Netherlands (AP) — The Dutch government announced Friday it is holding Syria responsible under international law for “gross human rights violations,” in a process that could ultimately trigger a case at the United Nations’ highest court.

The Dutch initiative, invoking the UN Convention against Torture, is the latest attempt to hold President Bashar Assad’s government accountable amid widespread reports it is mistreating its own citizens against the backdrop of the country’s grinding civil war.

“The Assad regime has not hesitated to crack down hard on its own population, using torture and chemical weapons, and bombing hospitals,” Foreign Minister Stef Blok said in a statement.

“The victims of these serious crimes must obtain justice, and we are pursuing that end by calling the perpetrators to account,” Blok said.

According to the Syrian Network for Human Rights, Syrian authorities detained around 1.2 million people since the country’s conflict began in March 2011. As of the beginning of June, 12,325 were documented as having died under torture in Syrian government prisons, the SNHR said in a report released earlier this year.

At least 12,989 are still detained or missing, their fates unknown, according to the report. Another 16,000 are missing in detention by other factions in Syria’s war.

A UN Security Council resolution backed by more than 60 countries to refer the Syrian conflict to the International Criminal Court was vetoed by both Russia and China in May 2014.

The Dutch initiative was triggered Friday with a diplomatic note handed to Syrian diplomats in Geneva in which the Netherlands “reminded Syria of its international obligations” to halt violations of the torture convention and to compensate victims, the foreign ministry said in a statement.

The note asked Syria to enter negotiations on the issue. If the two countries can’t resolve the dispute, the Dutch government can propose arbitration and if that fails, the Netherlands “will submit the case to an international court,” the ministry said.

“For years, thousands have been systematically starved, beaten, and tortured to their deaths in Syria’s prisons. By using the Torture Convention to demand justice for their plight, the Netherlands is standing for countless victims in an action that could ultimately trigger a case at the world’s highest court,” said Balkees Jarrah, the rights group’s associate international justice director.

While international efforts to bring Syrian officials to justice have floundered, a German court has attempted to break down the wall of impunity with a case against a man accused of running a government detention center where thousands were tortured during the early months of the uprising against Assad.

FILE – In this Monday, September 7, 2020 file photo released by Russian Foreign Ministry Press Service, Syrian President Bashar al-Assad gestures while speaking to Russian Foreign Minister Sergey Lavrov during their talks in Damascus, Syria. UN-backed investigators in the 21st report from the Commission of Inquiry on Syria, pointed Tuesday, September 15, 2020, to signs that Syria’s government continues to perpetrate rape, torture and murder as the country’s nine-year conflict grinds on, while citing possible war crimes by a Turkey-backed coalition of rebel groups and calling on Ankara to do more to help prevent them. (Russian Foreign Ministry Press Service via AP, File)