A spokesman for the Democratic People's Republic of Korea (DPRK) Foreign Ministry released a statement Thursday taking a swipe at the US for its pressure on the republic. It condemned the US for what it called a "foolish attempt" to shift the blame onto the DPRK for the escalated tension on the Korean peninsula.

According to the statement, the US has labelled the self-defensive countermeasures taken by the DPRK to cope with frantic American war moves as a "provocation" and "threat". The US are framing the DPRK's sanctions and racket to stifle the threat from the US as the cause of tensions on the peninsula. This, the foreign ministry said, is a profound confusion of right and wrong.

The statement noted that the prevailing grave situation was entirely attributable to the US.

It went on: The US nuclear threat and blackmail are neither recent, temporary phenomena nor an abstract conception, but a real threat posed on the DPRK for the past several decades, ever since the US adopted a policy of pre-emptive nuclear attack on the republic.

The US attempted to mount a nuclear attack on the DPRK as early as the 1950s. The Bush administration officially listed the DPRK, which was a non-nuclear state, as part of "the axis of evil", and the republic became a target of pre-emptive US nuclear attack early in the 21st century, described the statement.

The Obama administration excluded the DPRK from the list of "nuclear non-use" countries in April 2010, therein creating an excuse for pre-emptive attack on the DPRK. The US continues to take this line, the statement said.

The US has staged large-scale, joint military drills every year and made practical preparations for a nuclear attack on the DPRK by mobilizing various types of nuclear weaponry hardware, according to the statement. The on-going Key Resolve and Foal Eagle 16 joint military exercises, in particular, are unprecedented in their scale and provocative nature.

At the same time as it threatens the DPRK with nukes, the US is applying extreme political and economic pressure on the republic, said the statement.

Lording it over the UN and the international community, the statement added, the US is recklessly working to stifle a sovereign state at any cost with every conceivable illegal and brigandish method. This, it declared, cannot be tolerated.

Now that it is clear the US military threats and hostile acts against the DPRK are designed to bring down the supreme leadership and  the "social system" of the DPRK, the republic is left with no option but to take actions to protect the dignity of its supreme leadership, sovereignty and right to existence, the statement declared.

The statement reiterated that US nuclear threats and blackmail, joint military exercises, sanctions and other moves to stifle the DPRK are the root cause of imminent nuclear clashes on the peninsula.

The US seeks to shift the blame for the escalating tension onto the DPRK by provoking the republic’s retaliation. The statement asserted that this, on the contrary, brings into bolder relief the true nature of the US’ aggressive and provocative policies.

If the US tries to infringe at all upon the supreme interests and sovereignty of the DPRK, the republic will use its force — including nuclear — to punish the US mercilessly, until the threats to its sovereignty, regional peace and security have been defused, declared the statement. 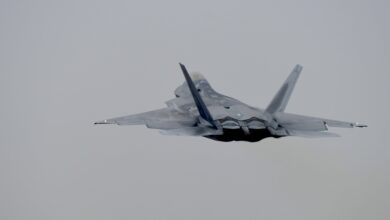