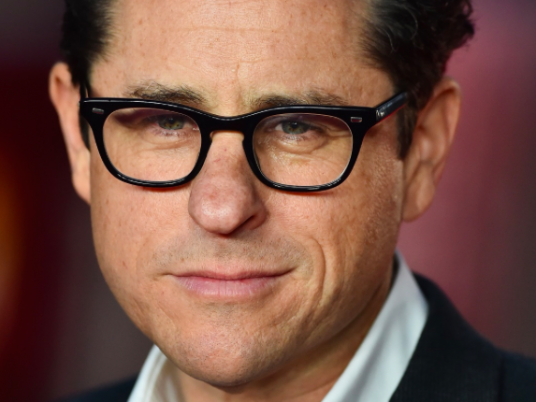 Martin Scorsese and Sarah Jessica Parker will return to HBO, Baz Luhrmann and Paolo Sorrentino will turn their talents to series, "X-Files" is making a comeback and FX will re-enact the OJ Simpson trial. For all series fans who haven't made a New Year resolution to watch less TV in 2016, here's a selection of ten to discover in the coming months.
Billions
Three years after his departure from "Homeland," Damian Lewis will return to Showtime on January 17 when this financial thriller premieres. The former Nicholas Brody will now be playing a Wall Street star who is set to clash with New York attorney Paul Giamatti in a battle over billions of dollars.
Legends of Tomorrow
On January 21, CW will debut this new spin-off of "The Flash" and "Arrow" which will assemble a group of superheroes and supervillains to confront a new threat to the planet — the criminal Vandal Savage and his army of soldiers who have changed the future. Former "Prison Break" actors Wentworth Miller and Dominic Purcell are expected to be part of the line-up.
X-Files
In March 2015, Fox officially announced the return of its flagship series of the 1990s. Agents Fox Mulder and Dana Scully will report for service on January 24, with David Duchovny and Gillian Anderson still in the leading roles.
The show's creator, Chris Carter, has promised that the six episodes planned will reflect Americans' current concerns, such as increased government surveillance and individual freedoms jeopardized in the name of security.
American Crime Story
This new anthology which will be executive produced by Ryan Murphy ("American Horror Story") will deal with a different crime each season. For the first one, on February 2 on FX, the subject matter will be the highly publicised trial of OJ Simpson, who was accused in 1994 of having murdered his ex-wife Nicole Brown Simpson and her new boyfriend. Cuba Gooding Jr, John Travolta and David Schwimmer will all have roles in this series, which is likely to make the headlines.
Vinyl
When Martin Scorsese teams up with Mick Jagger and HBO, the result is all about sex, drugs and rock'n'roll. This music drama, which is set to debut on February 14, will follow the torments of a producer in the 1970s who tries to revive his label by putting forward fresh talent and new sounds.
Bobby Cannavale, Olivia Wilde, Ray Romano and Juno Temple will be in the line-up for the 10 episodes which will be enhanced by the writing of Terrence Winter, who worked on "The Sopranos" and "The Wolf of Wall Street".
11.22.63
Hulu has done very well to sign up JJ Abrams and Stephen King for the adaptation of his historical thriller into a series starring James Franco, T.R Knight, Josh Duhamel and Chris Cooper from February 15. This impressive cast will be directed by Kevin MacDonald who was the director for "The Last King of Scotland".
Preacher
An alcoholic preacher with an unconventional power and an Irish vampire looking for God to combat Evil: that's the basic story of this quirky irreverent series. Expected in mid-2016 on AMC (the network which already broadcasts "The Walking Dead"), this new series has been adapted from the comic books created by a duo who are well known to the movie world, Seth Rogen and Evan Goldberg.
The Get Down
For his first incursion into the small screen, Baz Luhrmann, who directed "The Great Gatsby" and "Moulin Rouge," has chosen Netflix. No broadcasting date has been announced as yet for this series which will tell the story of teens in New York in the 1970s, when hip hop first emerged in the Bronx.
The Young Pope
Another director who has decided to move into series is the Italian Paolo Sorrentino ("Youth") who will direct Jude Law as the fictitious Pope Pius XIII, a complex and conflicted character who will shake up and change the Vatican. Diane Keaton, Cécile de France and Ludivine Sagnier have all been cast in the series, which has been created with the help of the French and British channels Canal+ and Sky.
Divorce
Over 10 years after the end of the "Sex and the City" series, Sarah Jessica Parker is returning to New York for a brand new comedy, still on the cable network HBO. The former Carrie Bradshaw will be playing Frances, a woman in her forties who decides to get divorced, partly because her friends have influenced her to do so. But making a fresh start turns out to be more complicated than expected.