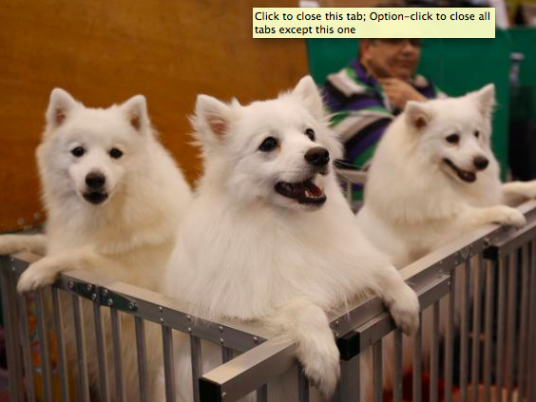 Dogs are called "man's best friend" – women's, too – and scientists say the bond between people and their pooches may be deeper than you might think.

Researchers in Japan said on Thursday oxytocin, a hormone that among other things helps reinforce bonds between parents and their babies, increases in humans and their dogs when they interact, particularly when looking into one another's eyes.

They described a series of experiments that suggest that people and their canine companions have mutually developed this instinctual bonding mechanism in the thousands of years since dogs were first domesticated.

Sometimes called the "love hormone," oxytocin is made in a brain structure called the hypothalamus and secreted from the pituitary gland. It is involved in emotional bonding, maternal behavior, child birth, breast-feeding, sexual arousal and other functions.

"Oxytocin has many positive impacts on human physiology and psychology," said Takefumi Kikusui, a veterinary medicine professor at Japan's Azabu University, whose research was published in the journal Science.

In one experiment, dogs were put in a room with their owners. The researchers tracked their interaction and measured oxytocin levels through urine samples. People whose dogs had the most eye contact with them – a mutual gaze – registered the largest increases in oxytocin levels. The dogs also had an oxytocin spike correlating with that of their owner.

The researchers conducted a similar experiment with wolves, close relatives of dogs, and found that no such thing happened despite the fact that the wolves had been raised by the people.

In another experiment, the researchers sprayed oxytocin into dogs' noses and put them in a room with their owners as well as people the dogs did not know. With the female dogs, and not the males, this increased the mutual gazing between dogs and their owners and also led to an oxytocin increase in the owners.

"I personally believe that there is a tight bond between the owner and dogs," Kikusui said.

"I have three standard poodles. I strongly feel the tight bonding with these dogs. Actually, I participated in the experiment, and my oxytocin boosted up after the eye gaze, like 300 percent," Kikusui added.