Instilling a sense of pride of the country’s past in the young is a priority for history educators in Egypt.

“History is an endless source of morals,” says Inas al-Qady, a social studies consultant at the Education Ministry. “Hence, we stress values of affiliation and identity in the introduction of every lesson.”

But most students seem apathetic toward the subject, and parents and teachers continue to complain about the quality of history education in schools across the country.

History curricula are designed to chronologically cover all periods of Egyptian history from pharaonic to contemporary times with further details added depending on students’ age group. So, it seemed only intuitive to add a chapter about the 25 January revolution to the curricula of sixth graders and middle schoolers last year. Previous lessons about the role of the National Democratic Party in political life and its many “achievements” were removed along with photographs of former President Hosni Mubarak.

Historical narratives offered in schools are generally fragmented and highly selective, and change based on political developments. Most lessons covering the pharonic, Islamic or modern periods stress taking pride in monuments, with rare mentions of economic or social developments. And when periods of colonization are examined, invaders from the Hyksos to Mongols are presented as pure evil, without going deeper into the context.

In high school history curricula, students learn about Egypt from Islamic times until the present. Yet the 500 years between the Crusades and Napoleon Bonaparte’s expedition to Egypt are completely missing, which makes us wonder how such decisions are made.

History professors all over the country contribute to developing the curricula. The Education Ministry announces to publishing houses that it will be printing a new history book and provides an outline of the content, according to its Document of Standards for History Programs.

“Each publishing house is then free to select the book’s authors and make submissions,” says Qady.

A social studies consultant, such as Qady, and a committee from the ministry’s Center for Developing Curricula and Educational Materials then review submissions and approve selected curricula.

Occasionally, institutions other than the Education Ministry are called in to review submissions as well. Soad Megahed, professor of Greek and Roman History at Ain Shams's Faculty of Education, says the Coptic Orthodox Church had to officially approve lessons she put together on the Greco-Roman period that include information about the arrival of Christianity to Egypt.

Despite the apparent efficiency of the process, both parents and professors at the Faculty of Education, which graduates most history teachers, agree that students are not receiving a properly insightful and engaging history education.

“The study of consecutive historical events can by all means be a tool to train young students on critical analysis and thinking,” says Gehane Roshdy, ancient Egyptian history lecturer at Ain Shams’s Faculty of Education. “It is not just about memorizing by heart historical names, dates and events.”

But school curricula are developed with an eye on the quantity of information presented rather than its quality, says Roshdy. “Young students, for instance, are obliged to memorize names of 18th dynasty pharaohs without knowing the clear definition of a dynasty and how the chronology works.” This has driven many students to dislike studying history altogether.

In an attempt to engage students with the subject, exercises and activities have been introduced into the curricula over the past few years. Still, Roshdy believes most lessons and activities are based on a one-way flow of information from the teacher and textbook to students.

Some parents are concerned about the very accuracy of the information in textbooks. King Ahmose, for instance, is mentioned in the chapter on the Middle Kingdom in the fourth grade history book, while in fact he reigned some 200 years later.

“Sometimes, I have to accept teaching my daughter the wrong information although I know the correct [information],” says Amira Saddik, Egyptologist and mother of a fourth grader. “In the final exam, she will be asked to cite the information as it is in the ministry’s book.”

Another error is the publishing of photos of monuments from the New Kingdom period next to a lesson about the Old Kingdom.

History for the future

The Education Ministry has been working hard since 2008 on developing the content and design of history schoolbooks, Qady says. But the plans came to a halt when the revolution began.

Instead of adding a chapter about the revolution, educators need to revolutionize the approach beyond updating or adding exercises and activities. A new vision that is neither monolithic nor simplistically centered around the achievements of pharoahs, kings, presidents and leaders should be considered.

Hopefully then students would not be quizzed on the achievements of King Zoser without learning about the architects and workmen involved in building the Saqqara ziggurat. And they would also get a more complex understanding of contemporary history and events that is based on discussion and critical thinking.

A shorter version of this piece was originally published in Egypt Independent's weekly print edition. 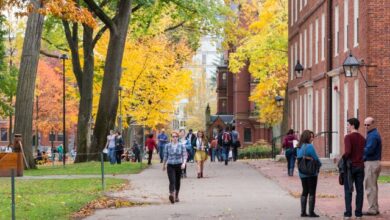 Number of Egyptian students in the US increases 76% in 10 years: Erudera 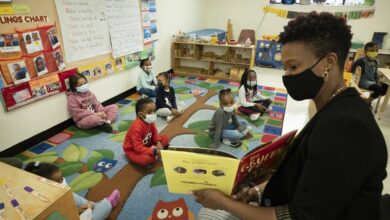 NYC mayor: Public schools will be all in person this fall