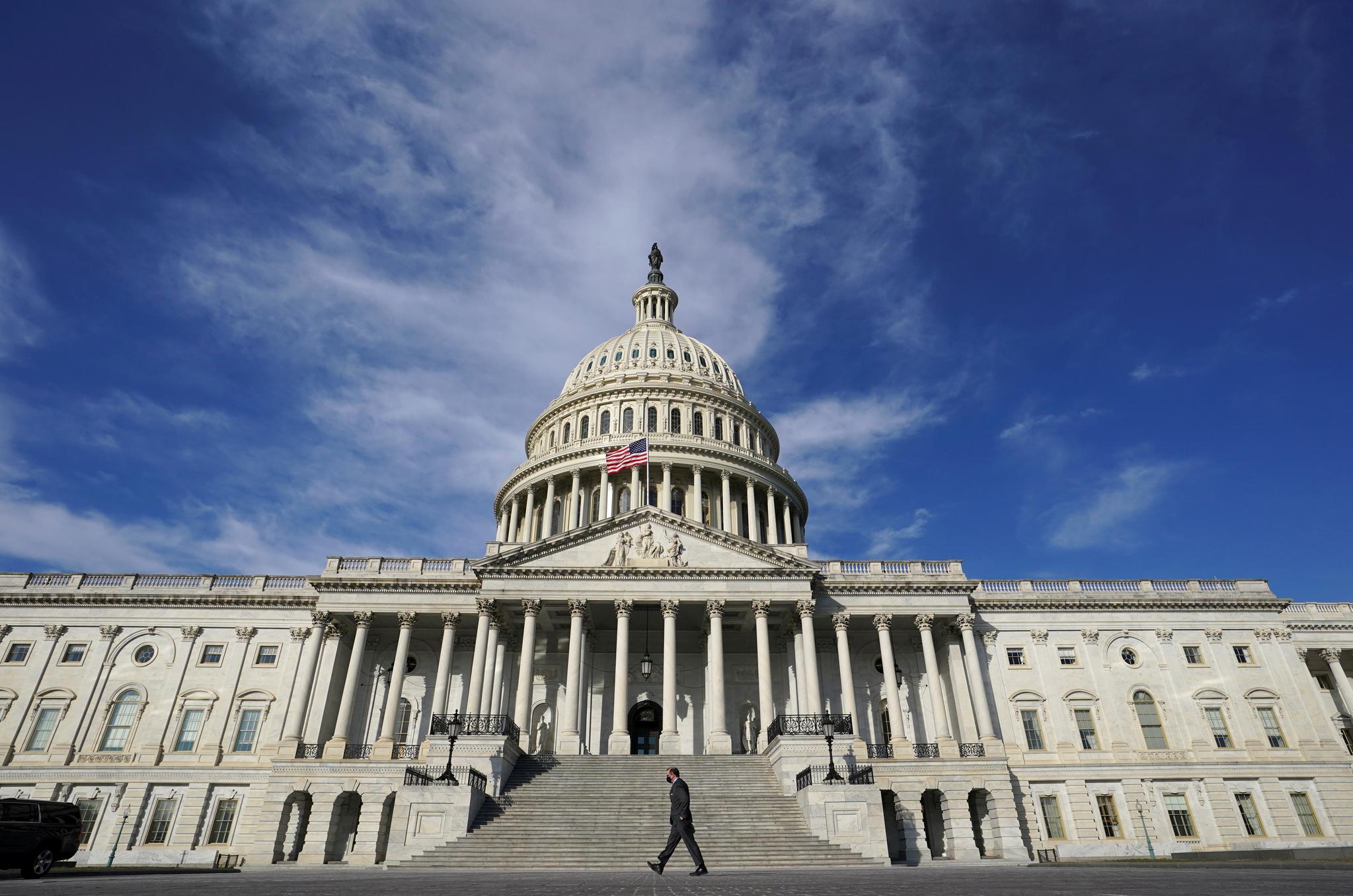 WASHINGTON (Reuters) – Democrats in the US Senate forged ahead with President Joe Biden’s $1.9 trillion coronavirus relief plan early on Saturday, turning back Republican attempts to modify the package in a marathon session that had begun the prior day.

With Republicans united in opposition, Democrats who narrowly control the chamber must keep all 50 of their members on board in order to pass the package, as they hope to do this weekend.

Progress ground to a halt for more than 11 hours as Democrats negotiated a compromise on unemployment benefits to satisfy centrists, chiefly Senator Joe Manchin, who worried the massive package might overheat the economy.

With that issue resolved, the chamber then moved to a series of Republican attempts to modify the bill. The first attempt — to adjourn for the evening — fell short by a vote of 48 to 50.

The largest public health crisis in a century has killed more than 521,000 in the United States, thrown millions out of work and upended most aspects of American life.

The relief legislation includes funding for vaccines and medical supplies, extends jobless assistance and provides a new round of emergency financial aid to households, small businesses and state and local governments.

Democrats hope to get it to Biden to sign into law before some current benefits expire on March 14.

Unemployment aid is just one of many friction points in the sweeping bill. An attempt to raise the minimum wage fell short earlier in the day, and Democrats had earlier modified the bill to steer more aid to smaller states and cities.

The version passed by the House last Saturday calls for $400 per week in jobless benefits through Aug. 29, on top of state benefits, to help Americans who have lost jobs amid the economic trauma caused by the coronavirus.

The compromise would lower that weekly benefit to $300, but extend it through Sept. 6, according to a Democratic aide. The first $10,200 would be tax-free.

The agreement also extends a tax break for businesses for an additional year through 2026.

If the Senate passes the bill, the House would have to sign off on those changes before Biden could sign it into law.

Republicans were one vote down after Senator Dan Sullivan left Washington en route home to Alaska for a family funeral.

Republicans have broadly supported previous stimulus packages to fight the virus and revive the world’s largest economy, which has yet to replace 9.5 million jobs lost since last year.

But with Democrats in charge of the White House and both chambers of Congress, they have criticized this bill as too expensive. The White House says it could take years for the US economy to add back those lost jobs.

Washington got unexpected good news on Friday after data showed that employment surged in February, adding 379,000 jobs, significantly higher than many economists had expected.

The US unemployment rate, while still high at 6.2 percent last month, was down from 6.3 percent in January.

Image; FILE PHOTO: A man makes his way past the US Capitol on the day the House of Representatives is expected to vote on legislation to provide $1.9 trillion in new coronavirus relief in Washington, US, February 26, 2021. REUTERS/Kevin Lamarque