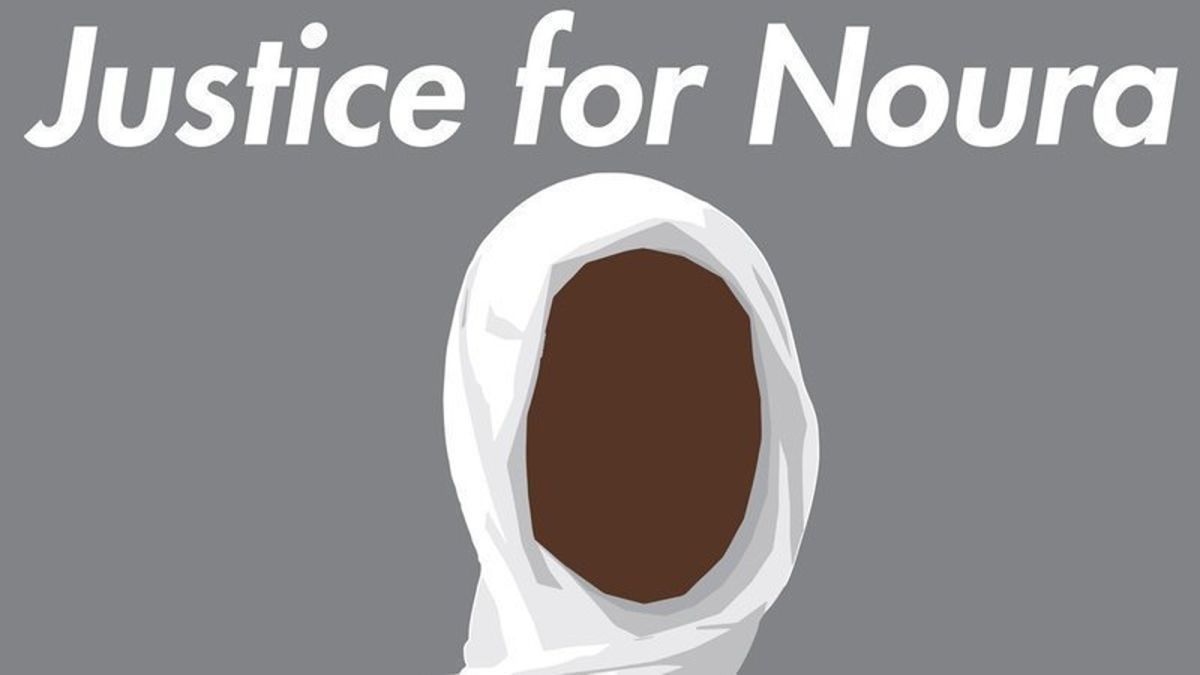 A 19-year-old Sudanese woman has been sentenced to death for fatally stabbing the man she was forced to marry, who she says raped her as his relatives held her down.

The case of Noura Hussein has shone a spotlight on the issues of forced marriage and marital rape in Sudan, where the legal age of marriage is only 10 and marital rape is legal.
Hussein’s supporters filled the courtroom in Omdurman, Sudan, and overflowed into the hall outside as the judge announced the death penalty on Thursday. Her husband’s family refused an option to pardon her and rejected financial compensation, requesting that she be executed instead.
Hussein’s legal team has 15 days to appeal.
“She’s still in complete shock after her sentencing today,” Dr. Adil Mohamed Al-Imam, one of Hussein’s lawyers, told CNN. Al-Imam donated his services after Hussein’s original lawyer withdrew from the case. He added that Hussein was abandoned not only by the law, but also by her family.
The harrowing details of her case have set social media and WhatsApp ablaze in Sudan. And in recent days it has captured international attention with the hashtags #JusticeforNoura and #SaveNoura. Thousands of people have shared a change.org petition.
Forced to marry at 15, Hussein ran away from home and sought refuge with her aunt for three years. She was tricked into returning by her father, who handed her over to her husband’s family.
After Hussein refused to consummate the marriage, her husband’s relatives held her down while he raped her. “His brother and two cousins tried to reason with her, when she refused she was slapped and ordered into the room. One held her chest and head, the others held her legs,” Al-Imam told CNN.
A day later her husband tried to rape her again, and she stabbed him to death. When she went to her parents for support, they turned her in to the police.
Al-Imam said the case has challenged societal expectations in Sudan that wives should submit to their husbands.
Amnesty International’s Sudan researcher, Ahmed Elzobier, said it was the first time a case of this nature had attracted such attention. “Marital rape happens in Sudan often and people don’t talk about it,” he said. Hussein’s case had changed that, he said.
Shahd Hamza, 20, was among those who came to support Hussein in court, after hearing about her case in a group chat on WhatsApp. She said that while the rape and harassment of women had long been an issue in Sudan, a case like Hussein’s had never gone viral.
“People shy away from this conversation in Sudan, it’s a taboo,” she said. “I hope that people will now feel comfortable to speak about to their parents and grandparents about it.”
Nahid Gabralla, director of SEEMA, a nongovernmental organization working with victims and survivors of gender-based violence in the capital, Khartoum, was also among the crowd of supporters in court on Thursday. SEEMA has been campaigning in support of Hussein.
“In my work I’ve seen other cases like this. The suffering of Sudanese women is happening all the time,” Gabralla said.
“The case of Noura is different. She stood for her rights.”
Photo credit: CNN