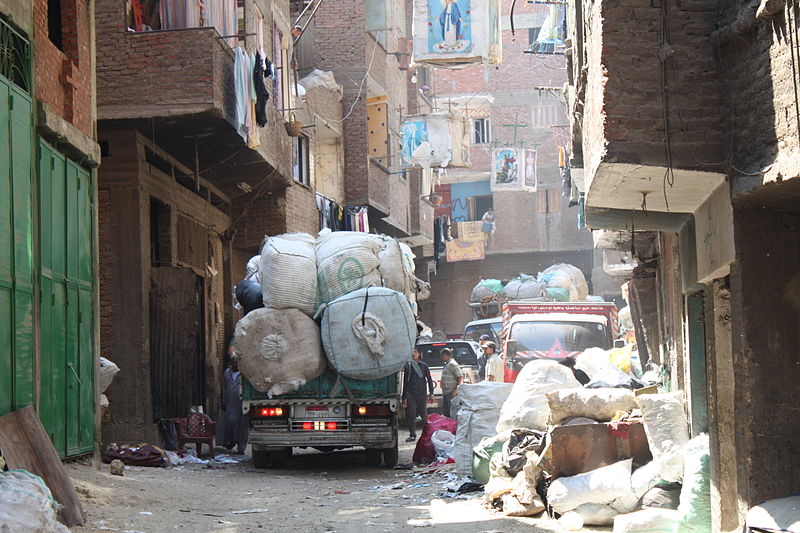 In a collaboration between the Ministry of Environmental Affairs and the Egyptian company Environ Adapt, the first waste collection app in Egypt, called DAWAR (recycle), launched in Cairo to facilitate garbage tracking across governorates, according to a statement issued by Minister of Environmental Affairs Yasmine Fouad on Sunday, September 29 on the sidelines of the Green Economy and Sustainable Development Conference.

The application is designed to help citizens report waste placed in streets by facilitating communication between concerned entities, including the Waste Management Authority, relevant district offices, and the environmental ministry so that they can jointly collect the garbage.

Citizens who report garbage in a particular location will soon after receive a photo on their mobile phones of the same place following the removal of the garbage, according to Yasmine Fouad, who spoke at a press conference that took place to celebrate the new application.

The application project is part of a newly announced 2019/2020 waste management plan by the Ministry of Environmental Affairs. The plan also aims to found waste recycling factories.

The minister further noted that the application has been beta-tested in districts of Maadi and Tora to ensure their capacity for success. All the required preparations have been carried out, and the application is ready to be implemented in other governorates.

Environ Adapt, the company behind DAWAR, focuses its services on providing comprehensive graphical and textual data that enables users to obtain qualitative and quantitative information. The company has thrived in the waste management industry.

During the press conference, Fouad highlighted the current efforts of the Ministry of Environmental Affairs to digitize Egypt’s environmental management infrastructure, stating that all the requisite equipment is available to secure the success of these efforts. She also underscored the importance of mutual work between the government and the private sector while taking this major step.

The government’s environmental system aims to sustain the recycling process on higher levels and to fight diverse types of the threatening pollution, according to Fouad’s comments. These actions, facilitated through technology, will return Egyptians streets to the way they looked in past decades, she added.

The Central Agency for Public Mobilization and Statistics (CAPMAS) revealed on August 29 figures about waste recycling in Egypt during the year 2017 in a report detailing statistics from the Egyptian governorates with the top five highest recycling rates.

In May, Egypt’s President Abdel Fattah al-Sisi ordered concerned officials to design a new solid waste management system for overpopulated areas to enhance citizens’ lives on various levels, a prior statement by the presidential spokesperson said.

Solutions for two major issues faced by Egyptian society, water and air pollution, are included in the new system’s strategic plan, according to the same official statement.