Facebook Twitter LinkedIn
The German pilot suspected of deliberately crashing a plane in the French Alps last week was treated for suicidal tendencies years ago before he received his pilot's licence, German prosecutors said on Monday.
This was the first acknowledgement from German officials that the pilot, Andreas Lubitz, had suffered bouts of depression and it is likely to intensify a debate about how airlines screen and monitor their pilots.
Investigators believe Lubitz, serving as co-pilot on a Germanwings flight from Barcelona to Duesseldorf on 24 March, locked the captain out of the cockpit and steered the Airbus A320 plane into the side of a mountain while passengers screamed in horror. A total of 150 people died in the crash.
Lufthansa, the parent of the budget airline, has said it was not aware of anything in the 27-year-old's past which suggested he might have posed a risk.
It has confirmed that Lubitz broke off his pilot training in 2009 for nearly a year, around the time he was reportedly suffering from depression and anxiety.
"Several years ago before obtaining his pilot's licence the co-pilot was in a long period of psychotherapeutic treatment with noticeable suicidal tendencies," Duesseldorf prosecutors said in a statement on Monday.
They said that in recent years he had not shown signs of suicidal behaviour or aggressive tendencies in visits to doctors.
After searching his family home in Montabaur and apartment in Duesseldorf, and following interviews with friends and relatives, the prosecutors said they had not found any evidence Lubitz was planning such an attack, nor the reasons behind it.
Rigorous selection
Lufthansa CEO Carsten Spohr has said the airline prides itself on the rigorous selection methods of its pilot training scheme. The school is currently closed to new applicants, but around 6,000 people apply each year, with just 7-8 percent of them making the cut.
Lufthansa has also made clear that Lubitz's medical records were subject to doctor-patient confidentiality and that the airline therefore had no knowledge of what they contained.
Under German law, employers do not have access to employees' medical records and sick notes excusing a person from work do not give information on their medical condition.
Some politicians have called for a loosening of these rules in the wake of the Germanwings disaster.
But at a news conference in Berlin on Monday, a spokeswoman for the German health ministry said doctors already had the right to break their vow of confidentiality if they thought their patients posed a danger to others.
French investigators said on Monday they were digging an access route to the mountain crash site in order to speed up the investigation.
The head of the French police forensic team told reporters it would take two to four months to identify the victims and that there was no certainty all would be identified because of the high speed at which the plane crashed.
"After a plane crash like this, the state of the bodies is not like after a simple car crash. The bodies are not necessarily whole, as the families know," Colonel Francois Daoust, head of the French Gendarmerie's criminal research Institute, told reporters.
He added that some 400 samples from body parts taken from the crash had allowed police to identify 78 different DNA profiles so far, but no identifications had been made as yet.
The plane's second flight recorder, which contains flight data, has not yet been found.
Kay Kratky, a board member of Lufthansa's German airlines unit, told a German talkshow on Sunday evening that, due to the force with which the plane hit the mountain face, it was possible the recorder's locator beacons had been damaged and were not working properly.
"I am hopeful that we will find the recorder by physical searching," he said.
Tags
airplane crash investigation Andreas Lubitz French Alps Germanwings crash 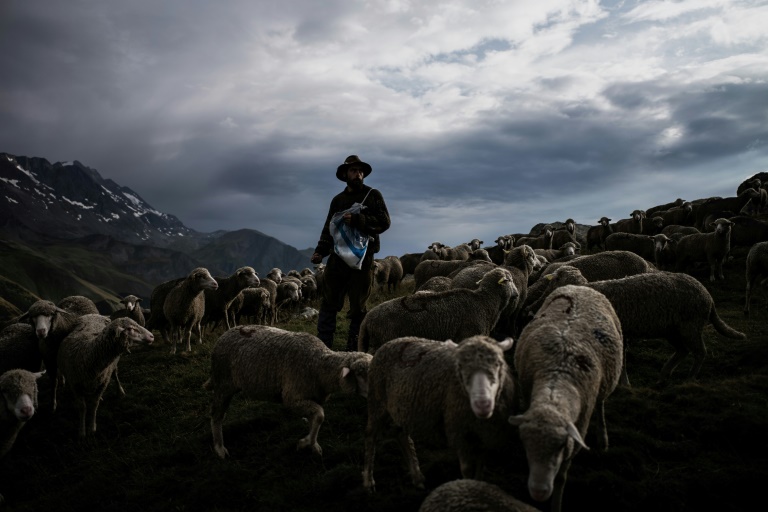 Wolves at the door, Alpine shepherd can’t imagine any other life